by Rachel Higginson
Also by this author: , ,
Also in this series: 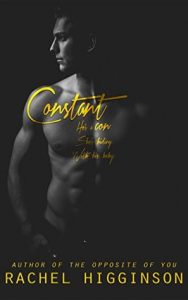 Fifteen years ago I met Sayer Wesley. I fell in love with him. I promised I would never leave him. I swore nothing could break us apart.

Five years ago I broke my promise. I ran away. I took the one secret that could destroy us both and disappeared.

Five days ago I thought I saw him.

I knew it was impossible. Sayer was locked away, serving a deserved sentence in federal prison. He couldn’t find me.

He wouldn’t find me. I was too good at hiding. Too good at surviving.

Because if Sayer ever found me, there would be hell to pay for a plethora of sins. The worst of which, he didn’t even know about.

Five hours ago, I told myself I was crazy.

Five minutes ago, I saw him again.

Five seconds ago, I was too late. 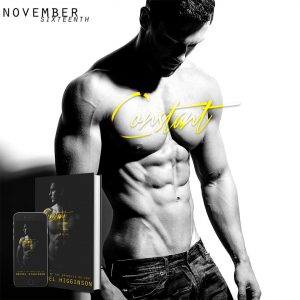 His mouth was on mine before I could answer. Bruising, punishing… defeating me. I was so surprised I could only stand there and let him kiss me.

But that didn’t stop him. His lips moved over mine in a way they never had before. This wasn’t the sweet, gentle familiar of kids that had fallen in love as kids. This was a man that had spent five years in prison alone, abandoned, hardened. This was his shocking transformation on display. His muscled arms and broad chest. His darker, more serious eyes and the hard, chiseled jaw. This was the man that had gone through hell and survived.

“Come on, Caro,” he growled against my lips, shaking my arms roughly at the same time. “Fight back.”

My mouth responded before my brain could figure out what he meant. On a gasp, his tongue was in my mouth, coaxing me to kiss him back, reminding me of how explosive we were together, seducing me into a world I did not want to go. 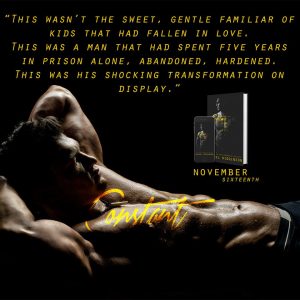 No one could say that Caroline grew up in a ‘typical’ suburban home. In fact, it was extremely far from anything that most kids could experience……a life connected to the Russian Mafia. With a father who was just promoted to the status of ‘bookie’, Caroline found herself tagging along on jobs and learning a craft that would be helpful to the brothers. A task that came with shame, fear and the quest to survive the circumstances that Caroline constantly found herself surrounded within.

The one bright spot in her life was the friendship Caro shared with Frankie, and her infatuation with the guy that she was madly and deeply in love with. Sayer had been groomed to lead a life in the mafia. Something that threatens to pull Caro further into danger and heartache. A catalyst to a life that Caroline knows will only bring more danger to her doorsteps.

One moment of clarity would lead Caroline to flee from the life she has always known. Leaving Sayer without so much as a ‘confession’ to her whereabouts. Surrounding those that knew her with questions as to her disappearance. Creating a new life, a new identity, and the every constant fear that one day her whereabouts would be uncovered. It was a risk that Caroline knew she must take to guard a secret that was near and dear to her heart.

Living life in fear is never easy, but Caroline has made sure to keep her eyes peeled for signs that someone from her past has finally found her. Constant ‘looking over your shoulder’ is nothing new and a staple in her home. Then a couple of mysterious occurrences make Caroline wonder if that time of discovery is close at hand. What unfolds is nothing that Caroline could have predicted. Leading her down a path that is quickly unraveling……

What an interesting and layered story that Rachel Higgins has graced upon my reader!! A complex story about life within the confines of a mafia with quite the interesting twist. Readers will be taken on a journey that transpires over years. From where it all began….to what leads us to the present. A life full of mystery, twists, intrigue and fear. Each moment is captured through Caroline’s eyes. Bringing the past to life with each moment she relives from her past.

The secondary characters added a HUGE amount to the plot!! Woven so tightly into the fabric of this tale that you cannot imagine the story without them! Francesca was the type of friend everyone wishes they found in life. I can’t tell you a lot about their friendship…..but you will LOVE how they supported one another through the years!! Then there is Sayer….what an interesting and compelling love interest!! The strength he exudes is such a compliment to Caroline’s character. Their past is written with so much detail that it’s hard to imagine one without the other.

Now…I must confess that I had a hard time getting into this story at first. There were so many details from the past, and your mind will dart around wondering how all of the details will come into play. Don’t give up on the story…..hang in there because it will all level out. Captivating you to the point that you will not be able to stop yourself from reading Constant from cover to cover. After I pushed through the ‘hump’….I devoured the entire book in one sitting. Two AM came in the blink of an eye, and hot coffee fueled me when my alarm went off a couple of hours later. Seriously….I am dying to know what happens next for these tattered and engaging characters!! 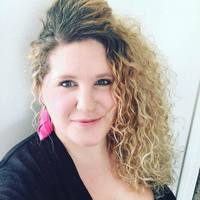