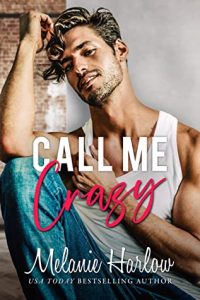 It was the perfect plan.
I needed a wife—temporarily—in order to inherit the family business.
And she needed a favor—the kind that takes nine months to deliver.

We had it all worked out, from the no-touching policy on our wedding night (her rule) to the no-falling-in-love decree (mine). She’d marry me, I’d give her the means to have the baby she’d always wanted, and one year later we’d amicably part ways with no hassle, no demands, and certainly no regrets.

After all, Bianca DeRossi and I are experts at infuriating one another—we’ve been doing it since we were kids. Trouble is, she grew up gorgeous and feisty, and she still knows exactly how to get under my skin.

And that wedding night? Well, it doesn’t exactly go down hands-free.

Then she moves in with me, and I really start to lose my mind. From her sexy little pout to her wicked sense of humor to those meatball sandwiches she makes just because she knows they’re my favorite . . . I find myself wanting to break every rule we put in place.

Our story was never supposed to end with happily ever after.
But call me crazy, I just might be in love with my wife. 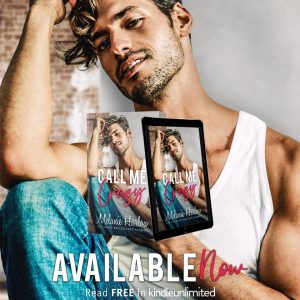 The pressure to get married is a fact that weighs heavily on Enzo Moretti’s mind. With the ultimatum from his father to get married or lose the family business, Enzo is desperate to hang on to his future. What Enzo doesn’t have is a steady girlfriend that fits the bill to be a future Mrs. Moretti. Enzo contemplated how he could have a ‘temporary’ wife. One that would allow him to inherit the family business but didn’t hold any attachments to his heart.

Imagine Enzo’s surprise when the answer to his dilemma would arrive in the form of Bianca DeRossi. A childhood nemesis that had been the source of constant bickering, Bianca proposed an agreement that would benefit Enzo and herself. An agreement – of sorts – that would benefit Enzo and Bianca. While Enzo wanted the family business, Bianca had her own incentive. Bianca wanted a baby without the strings of a husband. The two devised a plan to keep this arrangement strictly business. The only problem?? Neither could have predicted what would happen when their hearts became entangled in the mix.

Call Me Crazy is the latest installment in the Bellamy Creek series by Melanie Harlow. I knew from previous books in the series that Bianca and Enzo were the sizzle that was waiting to explode. I really enjoyed how to childhood nemesis were the answer to each other’s life goals. Both were headstrong and their relationship complimented each other to a ‘t’. This is definitely one romance that will put a smile on your face!! Grab the latest saga unfolding at Bellamy Creek.