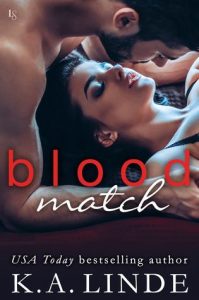 As the provocative, sensual Blood Type series continues, the rare bond between Reyna and Beckham is threatened by betrayal, greed, and twisted secrets.

A desperate human. A powerful vampire. A world divided.

Reyna Carpenter was promised paradise. She was delivered into hell.

Giving up her body for money was supposed to be the hardest part of becoming a blood escort. She never expected to lose her heart to her dark, enigmatic boss, Beckham Anderson. After being taken by a depraved captor who plans to rule the world, Reyna will do anything to return to Beckham.

She just has to find the will to survive this game.

From the pawn, rises a queen. 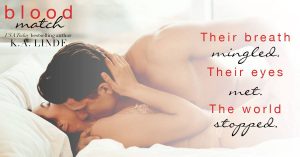 Life is certainly not going as Reyna planned. As a blood donor, Reyna thought her task would be the escape from poverty her family needed. Then Beckham walked into her life. To say that things became unpredictable would be an understatement. Who ever imagined having feelings for their vampire host? A string of ‘not so great’ decisions has led Reyna to a place of danger. An unpredictable state that seems to only get worse as the days drag on.

As Reyna deals with life in her ‘new’ surroundings, things begin to seem more bleak than ever before. The one thing that keeps Reyna’s determination flowing is the thought that Beck’s is out there somewhere. How can Reyna find her way through the hardships she is facing? Can this really be the way living as a Blood Match turns out?

What an interesting turn of events…..when we left Reyna in the last book it seemed that a difficult road was up ahead. As time passed, we see exactly what is in store for Reyna as a blood match. There is more to meet the eye in this world of vampires, blood donors, and the underground fighters. Beckham and Reyna fight everything standing in their way, but will their different paths in life lead them further apart? Blood Match will answer more of your questions and leave you searching for the truth. Another shocking ending sets the scene for the third book. Get ready for the ‘bite’….. 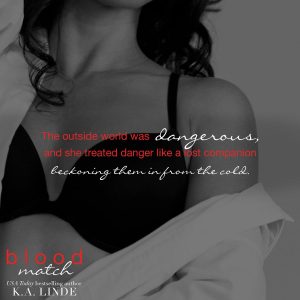