by Penny Reid
Also in this series: 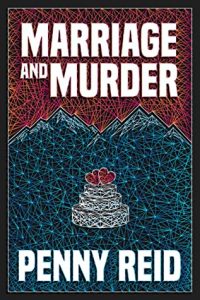 Cletus Byron Winston wishes to marry Jennifer Anne Donner-Sylvester (aka The Banana Cake Queen) posthaste! He’s spent the last year wanting nothing more than for the celebrations to be brief, libations flowing, and BYOB (bring your own blueberries). His future mother-in-law has other plans, plans his intended has been willing to indulge, much to Cletus’s chagrin. Therefore, so must he. To a point. But truth be told, he wouldn’t mind if the meddlesome matriarch disappeared, at least until the nuptials are over.

On the night of Cletus and Jenn’s long-awaited engagement party, just when the surly schemer is of a mind to take matters into his own hands, a shocking event upends everyone’s best laid plans and sends the small hamlet of Green Valley into complete disarray. The final months leading up to Cletus and Jenn’s matrimonial bliss are plagued with chaos and uncertainty. Will Cletus and Jenn finally make it to the altar? Or will murder and mayhem derail their happily-ever-after?
And most importantly, who done it? 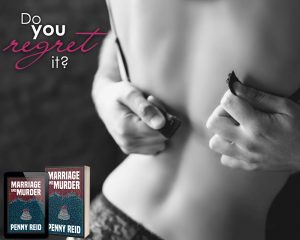 Someone’s headed to the chapel, but things aren’t going as planned. Cletus and Jenn are finally ready to tie-the-knot. What Cletus didn’t expect was the over the top prewedding festivities. In the midst of the engagement party, Cletus and Jenn find themselves facing an unusual set of circumstances.

A wedding wouldn’t be complete without a little Winston mayhem. The engagement party undoubtedly became one for the books. Who would forget a party where a dead body was found? Murder, mayhem and a good ‘ole mystery have landed right in Celtus’ path. Who is to blame for the chaos that erupts?? Cletus is one the case and this is one mystery he plans to solve.

Marriage and Murder is the second book in the Solving for Pie: Cletus and Jenn Mysteries by Penny Reid. This story takes us back to meet our favorite Winston sibling and the Banana Queen herself. This duo has their sites set on walking down the aisle, but are met with a shock that is sure to set tongues wagging. All of the Winston’s will reconverge to help solve the mystery that is plaguing the path for Cletus and Jenn’s ‘I dos.’ 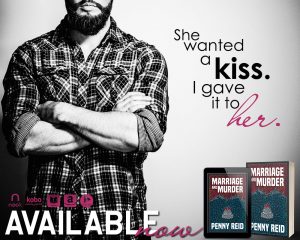