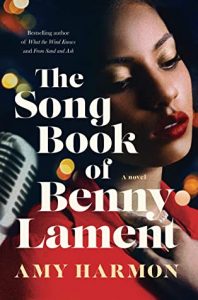 From the bestselling author of What the Wind Knows and From Sand and Ash comes a powerful love story about a musical duo who put everything on the line to be together.

New York, 1960: For Benny Lament, music is his entire life. With his father’s deep ties to the mob, the Bronx piano man has learned that love and family can get you in trouble. So he keeps to himself, writing songs for other musicians, avoiding the spotlight…until the night his father brings him to see Esther Mine sing.

Esther is a petite powerhouse with a gorgeous voice. And when Benny writes a hit song and performs it with her, their collaboration thrusts the duo onto the national stage…and stirs up old issues and new scrutiny that the mob—and Benny—would rather avoid.

It would be easier to walk away. But the music and the woman are too hard for the piano man to resist. Benny’s songs and Esther’s vocals are an explosive combination, a sound that fans can’t get enough of. But though America might love the music they make together, some people aren’t ready for Benny Lament and Esther Mine on—or off—the stage. 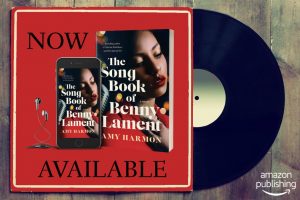 Get ready for a journey during a different time. An era that is forever etched in the lives of those who struggled during a time in history when things were different and divided. It’s a time when music shaped the course of those struggles and trailblazers were meant to be heard.

During the 1960s in New York, the mob was a central part of the comings and going in neighborhoods. For Benny Lament – the ruthless side of life in the mob was the furthest thing on his mind. The siren’s call for Benny came from the piano. The heart and soul of his song writing. Those epic notes that became hits for other musicians. The spotlight wasn’t at the forefront of Benny’s life, but one night would forever change how Benny viewed his music.

Esther Mine was an epic singer that drew Benny into a trance with her sultry voice. The small but fierce singer had stars in her eyes in spite of the limitations that segregation would have on her career. When Benny walked into the club that night, everything changed for Esther. There was finally a man she could call her ‘equal’. With Benny’s reputation and Esther’s soulful voice, a new collaboration was born. A duo that would heat up the charts faster than a rocket.

Benny never planned for this to happen. Fighting the spotlight was always easier when he walked away, but there was no turning away from Esther Mine. This collaboration would force secrets from the past that would affect not only their careers but would bring the mob to their front doors. Benny’s magic notes combined with Esther’s spitfire personality and voice would bring the weight of the world down on their shoulders. Through it all, the music carried them through the tough times. The spotlight was shining bright, but would their push for the truth dim their time on the stage??

Step back into a time when civil right was at the forefront of America. An epic story that Amy Harmon has once again penned with reverence, love, and most of all MUSIC!! Each turn of the page left me longing for more. Where would Benny and Esther find their paths leading in a time when everything was stacked against their love and devotion?

Discover the story and delve into a world that only Amy Harmon could create. A tale that transports you back to a time when Motown was on the rise, mobs reigned supreme, and love could be labeled as ‘forbidden’. A phenomenal story that will leave your heart soaring when you read the last page. 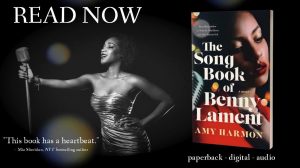