by Tillie Cole
Also in this series: , , 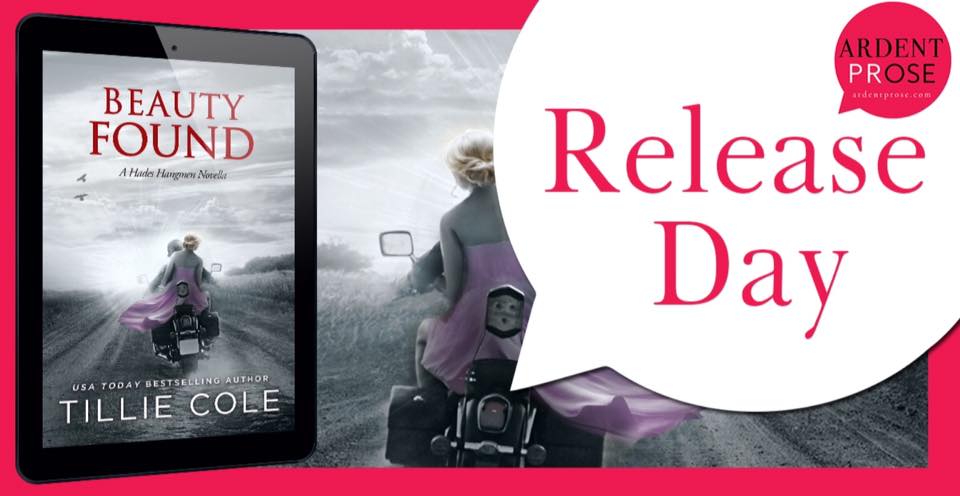 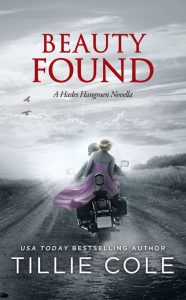 EVEN IN HELL, THERE IS BEAUTY TO BE FOUND.

Shane ‘Tank’ Rutherford is just seventeen when, escaping his father’s lethal fists, he ends up on the streets. Fighting for survival, he finds himself suddenly saved. Saved by a group that takes him under their wing.
A group that everyone knows . . . the Texas Ku Klux Klan.
Years later, Tank is disillusioned from the Klan and what they stand for. Recently released from prison, he is lost in a world he no longer knows. He is on his own. Until he picks up a woman hitchhiking on the side of a road. A beauty queen dressed in pink.

Susan-Lee Stewart is done with the crowns. She’s done with the glitz and glamor of pageant life. And she’s done with the bruises . . . the bruises gifted by the one person who should love her unconditionally—her mother.
Seconds after taking yet another pageant title, Susan-Lee makes a split decision and flees the stage. Flees the glossy life of a pageant queen, flees her violent mother . . . and jumps straight on the back of a tattooed muscled god’s motorcycle . . .
And never looks back.
As Susan-Lee holds tightly to Tank’s waist, neither of them know it’s a chance meeting that will change both their lives, and their hearts, forever.

Contemporary dark romance. Contains scenes of violence, offensive language, mature topics and sexual situations.
Beauty Found: A Novella (Hades Hangmen 6.5) is to be read AFTER Crux Untamed. Recommended for ages 18 and over. 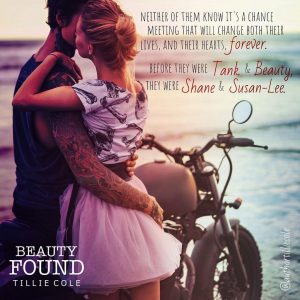 With a ‘beat down’ coming out of nowhere, Shane Rutherford found himself quickly at the mercy of a savior. Someone that saved him from a fate that was no fault of his own. Trace & Tanner bring Shane into the fold. Leading him into a world that exudes hate. Tank – as the white supremacists like to call him – is finally part of a family. Although this family is not the kind you want to cross paths with when finding yourself on an opposing racial side.

After a stint in prison, Tank finds a way to escape the grasp of the hate filled clan that he once owed his life to. Now – Tank was number one on the list of people that would face the wrath of this supremacist group. Hitting the open road on his bike, Tank heads out to start a new life. One that doesn’t require him to enact hatred on someone due to their race. Little did Tank know that his life was once again about to change its path all because of a beauty queen.

Pageants and exterior beauty were the reigning factors in Susan Lee’s life. A constant thorn in the side that seemed to escape Susan Lee’s mother. Nothing could have prepared folks for Susan’s ‘run from grace’, or should I say fleeing from the chaos of the latest pageant. The last thing Susan Lee expected was to walk into a motorcycle driven by Tank. Deciding to take Tank up on his offer to flee her circumstances, Susan Lee headed out on a new adventure on the back of a motorcycle.

What neither could know was just how much their lives were about to change. A chance encounter in a little town with the President of the Hades Hangmen was the last thing Tank and Beauty expected. Yet – that ‘meeting of the minds’ would set the course for their new lives. A life of brotherhood and belonging with a family that were anything but ordinary.

Can I ever get enough of the Hades Hangmen? NO!!! This captivating novella from Tillie Cole is packed full of the action and intrigue that one expects when diving head first into the lives of the Hades Hangmen. Tank and Beauty crossed paths in a unique and memorable way, and lead quite the adventure before finding themselves crossing paths with the Hangmen.

Tank’s back story is so compelling and interesting. What would you expect from an ex-clansman? I loved the connection that these two characters possess, and raced through their story with the fire that lights the soul of every Hangmen in the club! Tillie Cole’s writing is outstanding and full of so many scenes that can be imagined with every word. I was ensnared from start to finish with Tank and Beauty’s story!!

If you haven’t met the Hades Hangmen yet, then you definitely need to start this series QUICKLY!! Another great addition to the series that will have to tide me over until another Hangmen novel hits my reader!!