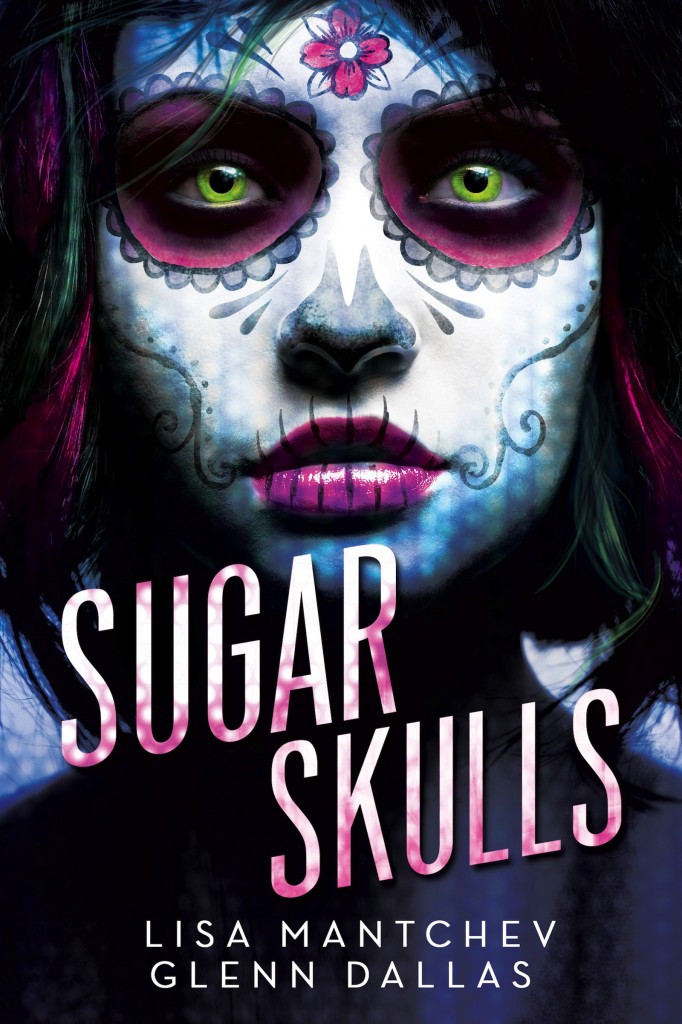 Welcome to Cyrene, a city where energy is currency and music is the lifeblood of its young citizens. Everyone lives on the grid, and the residents of the world’s largest playground are encouraged to pursue every physical and emotional pleasure imaginable.

Vee is the lead singer of the Sugar Skulls, an all-girl band that is Corporate’s newest pet project. Micah haunts the city like a ghost after an overdose of a deadly illegal street drug knocks him off the grid. When Micah and Vee forge an immediate, undeniable connection, their troubled worlds collide.

Trading concert stages for Cyrene’s rooftops and back alleys, they have to evade vicious thugs and Vee’s possessive manager as they unravel the mysteries connected to their dark pasts. And before the curtain falls, Micah and Vee will bring the city to its knees in their desperate bid for love, home, and a future together.

If strings ran up my spine, she just plucked the high E, a fierce vibration that shakes me to my core.

She looks away, and quakes subside into mere tremors. Propping myself up against the bar, I abandon my drink to process the last few seconds.

All these months, there’s been nothing. But just now? I felt it. I feel it. I pulse with life, lightning dancing across my skin as she batters the crowd with furious verses.

But I’m stuck on that first gasp.

One note. One word. She laid me low and resurrected me in one fell swoop.

Who is this girl?

When not working on puzzles for Penny Press or writing about them for PuzzleNation, Glenn Dallas is an author of short stories and at least half of one novel. After appearing in the acknowledgments of several outstanding novels, he looks forward to returning the favor in the future.

Lisa Mantchev is the acclaimed author of Ticker and the Théâtre Illuminata series, which includes Eyes Like Stars, nominated for a Mythopoeic Award and the Andre Norton Award. She has also published numerous short stories in magazines, including Strange Horizons, Clarkesworld, Weird Tales, and Fantasy. She lives on the Olympic Peninsula of Washington State with her husband, children, and horde of furry animals. Visit her online at www.lisamantchev.com.