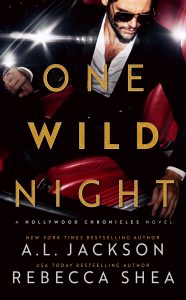 Kaylee Rose Burton, kindergarten teacher, has never been a believer in fantasies.

Living in L.A. her entire life, she knows the glitz and glam of Hollywood is just an illusion.

That is until she stumbles head first into the arms of Hollywood’s most eligible bachelor.

It was just another day for Paxton Myles on the red carpet until the blue-eyed beauty literally stumbles at his feet.

A single glimpse in her innocent eyes and he knows he has to have her.

After one night of unbridled passion, Kaylee slips away to live her quite life, but the paparazzi has other ideas.

When Kaylee’s world comes crashing down, can Paxton convince her that their one wild night could turn into forever? 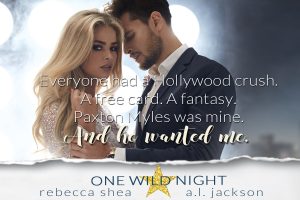 Don’t miss our amazing giveaway going on to celebrate the ONE WILD NIGHT Cover Reveal!!

Grand prize includes a signed FAULT LINES paperback, a signed Show Me the Way paperback, plus a $25.00 Amazon Gift Card!! 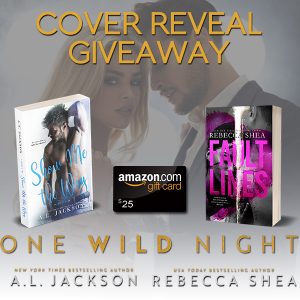 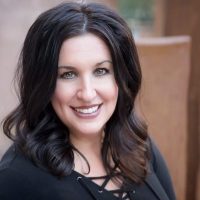 Rebecca Shea is the USA Today Bestselling author of the Unbreakable series (Unbreakable, Undone, and Unforgiven), the Bound & Broken series (Broken by Lies and Bound by Lies), and Dare Me . She lives in Phoenix, Arizona with her family. From the time Rebecca could read she has had a passion for books. Rebecca spends her days working full-time and her nights writing, bringing stories to life. Born and raised in Minnesota, Rebecca moved to Arizona in 1999 to escape the bitter winters. When not working or writing, she can be found on the sidelines of her sons football games, or watching her daughter at ballet class. Rebecca is fueled by insane amounts of coffee, margaritas, Laffy Taffy (except the banana ones), and happily ever afters.