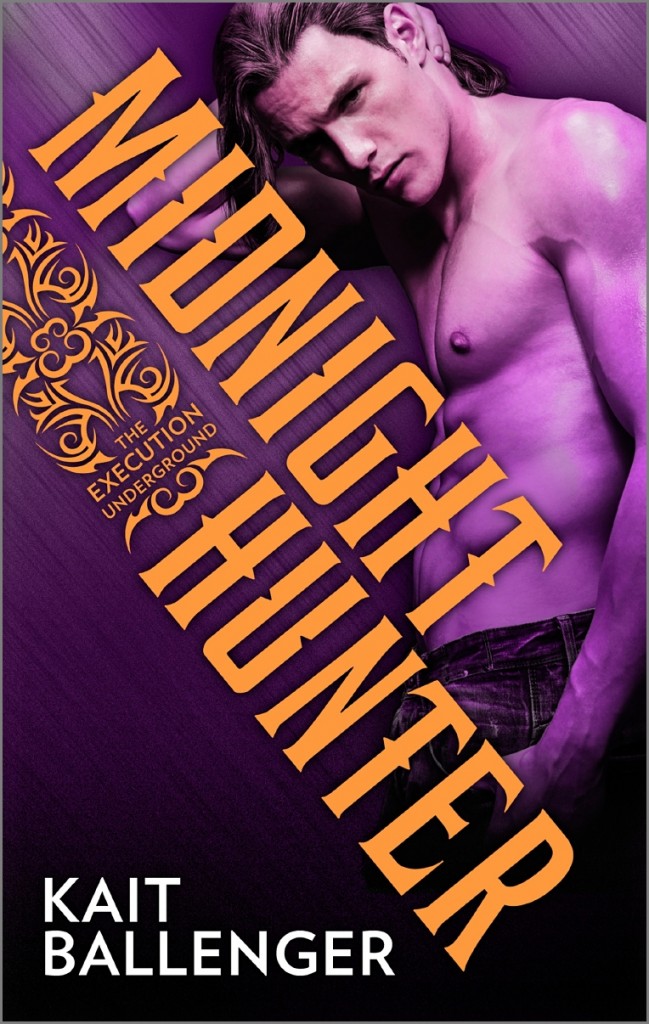 Hunters of the supernatural, THE EXECUTION UNDERGROUND are an elite group tasked with protecting humanity…but can dark temptation destroy good intentions?

Occult specialist and witch hunter Dr. Shane Grey is called upon to investigate a string of crimes that bear all the hallmarks of black magic. But he can’t take on this daunting assignment for the Execution Underground alone. He’ll need the help of Vera Sanders, a witch with a dark past—and a woman who disturbs him as much as she intrigues him.

Vera is determined to ignore the dangerous chemistry between herself and Shane so she can prove her loyalty to his cause; otherwise she risks the wrath of the Execution Underground once again. If she can’t make Shane trust her, they won’t stand a chance in hell of defeating the evil that’s terrorizing their city. No easy task, considering old habits die hard…and Vera may be the very person responsible for luring Shane into a killer’s trap.

Author Bio: Kait Ballenger is a full-time paranormal romance author, a mom, a wife, and a professor. She has a BA in English from Stetson University and an MFA in Creative Writing from Spalding University. She lives in Central Florida with her screenwriter husband, her newborn son, and three sweet furry babies, all furry three of whom are named after fictional characters. Kait hopes that one day with hard work and dedication, people will name their pets after her characters, too.