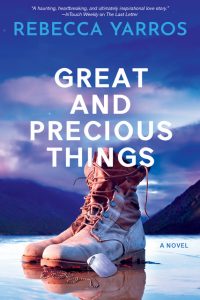 How do you define yourself when others have already decided who you are?

Six years ago, when Camden Daniels came back from war without his younger brother, no one in the small town of Alba, Colorado, would forgive him—especially his father. He left, swearing never to return.

But a desperate message from his father brings it all back. The betrayal. The pain. And the need to go home again.

But home is where the one person he still loves is waiting. Willow. The one woman he can never have. Because there are secrets buried in Alba that are best left in the dark.

If only he could tell his heart to stay locked away when she whispers she’s always loved him, and always will…

Great and Precious Things is a heart-wrenching story about family, betrayal, and ultimately how far we’re willing to go on behalf of those who need us most. 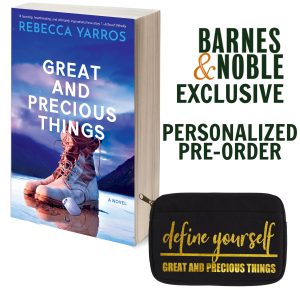