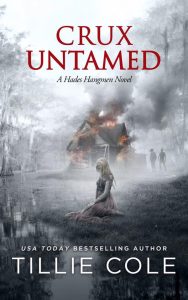 Release date and synopsis to be revealed at a later date.

CRUX UNTAMED CANNOT be read as a standalone novel. All of the previous books in the series MUST be read first.

Discover Each Novel In The Series…..