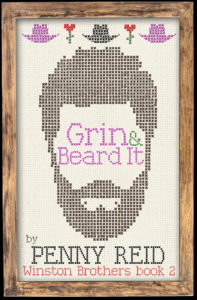 Sienna Diaz is everyone’s favorite “fat” funny lady. The movie studio executives can’t explain it, but her films are out-grossing all the fit andtrim headliners and Hollywood’s most beautiful elite. The simple truth is, everyone loves plus-sized Sienna.

But she has a problem, she can’t read maps and her sense of direction is almost as bad as her comedic timing is stellar. Therefore, when Sienna’s latest starring role takes her to the Great Smoky Mountains National Park she finds herself continually lost while trying to navigate the backroads of Green Valley, Tennessee. Much to her consternation, Sienna’s most frequent savior is a ridiculously handsome, charming,and cheeky Park Ranger by the name of Jethro Winston.

Sienna is accustomed to high levels of man-handsome, so it’s not Jethro’s chiseled features or his perfect physique that make Sienna stutter. It’s his southern charm. And gentlemanly manners. And habit of looking at her too long and too often.

Sienna has successfully navigated the labyrinth of Hollywood heartthrobs. But can she traverse the tenuous trails of Tennessee without losing her head? Or worse, her heart? 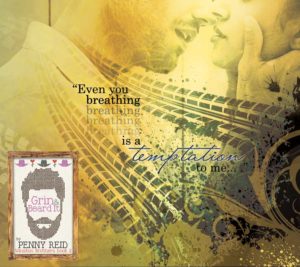 Jethro placed his coffee on the small table and leaned back at an angle on one arm, his long legs stretched out in front of him, crossed at the ankles. My tummy fluttered with excitement as I sat on the floor next to him and picked up the frosted confection. I was going to smudge the corner of my mouth with frosting.

And then he was going to lick it off.

And then we were going to kiss.

And then . . . good things after that. Hopefully including but not limited to rolling around and making out on the carpet. And then sex!

Holding Jethro’s eyes with mine, which were heavily lidded and hot with interest, I took a small bite, careful to dab the side of my mouth with the frosting.

But then something unexpected happened and it startled me out of my sexy thoughts.

The doughnut was insanely delicious.

It was still warm from the oven, and it melted on my tongue. It was sweet, but tempered by a center filled with rich, smooth, bitter high-quality chocolate crème.

Unable to help myself, I moaned, “Oh my God.”

Jethro’s lips quirked to the side, his eyes on my mouth, and—right on cue—he leaned forward. “You have something just there.”

I ignored him, swatting his hand away, and took another bite, speaking around a mouth full of heaven on earth. “Holy shit, this is the best thing I’ve ever tasted.”

Jethro rolled his lips between his teeth, his eyes bright with laughter, and watched me devour the doughnut.

I continued to moan with each bite, licking and sucking my fingers until it was gone. Completely preoccupied, I didn’t notice the shift in his mood. I was just about to lick off the last of the crème when he caught my wrist, forcing my attention to him. My protest died on my lips as the weight and intensity of his gaze hit me. He looked hungry.

To be more precise, he looked ravenous.

Jethro brought my finger to his lips and sucked it into his mouth, his tongue darting out to lick the junction between my index and middle finger. The light, slick touch sent unexpected trembles to my low belly and pulled a soft whimper from the back of my throat.

“As I was saying,” his darkened gaze drifted hotly from my eyes to my lips, and he used my hand as leverage to tug me forward, “you have something . . .”

He didn’t finish the sentence. Instead he licked the corner of my mouth and then delved his tongue ardently between my lips, caressing mine hungrily. Jethro’s grip on me shifted. His arm came around my waist, supporting me, while my hands cupped his jaw.

In a controlled and graceful movement, he rolled me onto my back, held himself above my body, and claimed my mouth. I felt his fingers on my thigh, sliding the hem of my skirt higher, skimming fingertips between my legs. Instinctively, I arched and strained, wanting to be touched, needing him to touch me.

“Undo your shirt,” he ordered, pulling his mouth from mine and fastening it to my neck. 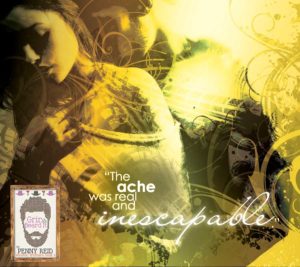 Needing a break from the pull of Hollywood, Sienna Diaz heads to Tennessee with no idea what she was getting into. All Sienna wanted was to escape the paparazzi and the press that invade her privacy at every turn. What she didn’t count on was her inability to read a map. The Great Smoky Mountains were harder to navigate than Sienna could have imagined.

Never fear…there is always a park ranger around in the Smoky Mountains!! This one just happened to be Jethro Winston. What Sienna couldn’t believe was the instant attraction she would feel for the sultry savior in uniform. Jethro clearly had no idea who Sienna was ‘in the real world’….adding to the mystery that surrounded this man that clearly knew how to charm any woman.

Clearly Jethro’s self imposed dry spell was getting a work out with the sudden appearance of Sienna on the mountain road. As a man that completely turned around his life, Jethro hasn’t wanted to carry things too far with any woman that he couldn’t see spending his future with. Sienna is the temptation that he never saw coming.

Soon Jethro learns that Sienna is a writer and actress. Her world a whirlwind of activity and ‘in your face’ interruptions. Decisions will have to be made by both Jethro and Sienna on where the future of their relationship is headed. Is the risk worth all of the things that come along with a Hollywood Lifestyle??

Oh my goodness…I soaked up every single word of Jethro’s story!! Clearly the bad boy – Jethro pulled me in with his witty charm, thoughtful insights, and ability to know just what a girl needs. This slower paced romance pulled me in with its amazing characters and vivid descriptions. Jethro was quite the charmer!!

Penny Reid really outdoes herself with the creative storyline in this series. It is simple, unique and extremely engaging!! Seriously….I just can’t get enough of those Winston brothers. Oh – I can’t forget Cletus….he keeps me laughing and mesmerizes me with his insight! Can’t wait for the next book and a big dose of Cletus!! 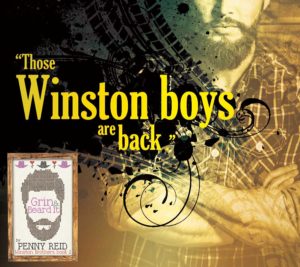