by Melanie Harlow
Also by this author: , , 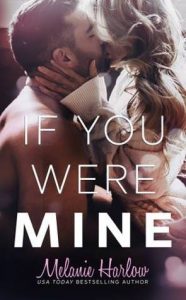 Theo MacLeod wasn’t supposed to be the one.

Tall, dark and handsome suits me just fine, but the cocky grin, know-it-all attitude, and mammoth ego? No thanks. I only hired him so I wouldn’t have to sit at the singles table again. It was just pretend.

He wasn’t supposed to kiss me.

My heart wasn’t supposed to pound.

We weren’t supposed to spend the night together—the hottest night of my life.

One night turns into a snowed-in weekend away, and even the blizzard of the century can’t cool the fire between us. I can’t get enough—of his smile, of his body, of the way he makes me feel.

We’re nothing alike. He’s a daredevil, and I’m a nervous Nellie. He’s a drifter, and I want to put down roots. He’s an opportunist with a checkered past, and I’m a Girl Scout volunteer.

But none of it matters when I’m in his arms.

I know he’s made mistakes. I know his wounds are deep, and he doesn’t trust easily. I know he doesn’t believe he could ever be enough to make me happy, but he could.

All he has to do is stay. 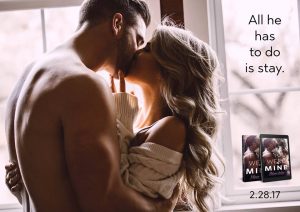 It’s hard to be single when all of your friends are in committed relationships. For Claire, the pressing need to have a boyfriend weights on her when she is invited to a co-workers wedding. A fear of landing at the singles table again forces Claire to look into extreme measures to ensure she isn’t dateless at the event. Claire dives into the online dating world when she discovers Hottie for Hire.

After a few clicks of the mouse, Claire decides to set up a meeting with Theo. Well – she only discovered his real name was Theo after a bit of prodding. With a witty personality and the ability to make Claire believe others would view their ‘fake date’ as the real deal, the two embark on the wedding scene. That one date with Theo opened a door to the possibility of so much more.

As a drifter, Theo never planned on letting anyone get close enough to him to discover his past. The fear of rejection also had him nixing any serious romantic relationships. There was something about Claire trusting nature that Theo couldn’t just ignore. The two fought hard to ignore their feelings for one another. In the end, they couldn’t fight the attraction.

Things aren’t that simple where Theo is concerned. The past still haunted him and fueled his fear of rejection. After all, how could someone so trusting and innocent as Claire want anything to do with Theo? Determined to keep things from getting too serious, Theo would backtrack from the relationship. Would these two have any hope of finding that person that holds the key to their heart? Only time would tell where their choices would lead….

If You Were Mine gives us a modern twist on dating online. Theo is a sexy hunk that seems a bit too good to be true. Then you have Claire…..a true sweetheart that hasn’t had the best experiences with love. When they come together you get a sweet romance driven by hidden secrets. There were times I found myself wanting to wring Theo’s neck. He flip flopped so many times that I just couldn’t see past the hesitation. Claire believed in second chances (and maybe some thirds), and dove in with her eyes wide open. It was aggravating and touching all at the same time!!

If you are a Harlow fan, you will love the cameos by characters in After We Fall and Man Candy!! A true friendship that came in handy when Claire needed shoulders to lean on. Now I can’t leave out the ‘hot factor’ where Theo is concerned. This date-for-hire sure knows his way around the bedroom!! So – check this one out if you are looking for a twist on the modern day romance!! 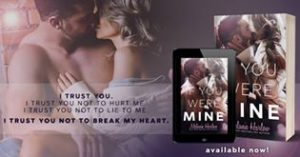