That’s Amy's goal. To be known for her talent. For now, Amy is a college student trying to finish her degree and make the right decisions to accomplish her goal.

When a chance meeting with Lubbock's royalty, Marcus Tyler, lands her in an exclusive club, she realizes it's the opportunity of a lifetime.

Not everything offered to Amy will lead her to her dreams.
She must be careful with her decisions, or should could lose something she didn't realize she wanted. That’s Amy’s goal. To be known for her talent. For now, Amy is a college student trying to finish her degree and make the right decisions to accomplish her goal.

When a chance meeting with Lubbock’s royalty, Marcus Tyler, lands her in an exclusive club, she realizes it’s the opportunity of a lifetime.

But not everything Amy is offered will lead her to her dreams. If she’s not careful with her choices, not only will she lose the chance at her biggest break. She could lose something she never dreamed she needed.

Add to Goodreads HERE
Excerpt
A few blocks down by campus, there’s a Starbucks. I
practically live here during finals week, and I pull Jill inside so we can grab
a Double Chocolate Chip Frappuccino. We get comfy on the couch by the window so
we can people watch. It’s one of my favorite games, and Jill cracks up when I
peg their drinks by their looks. It’s a little judgmental, but it’s all in good
spirit. I mean it’s not like I say he’s getting a Chai Latte because he’s gay,
or that she’s getting a Skinny Non-fat Vanilla Frappuccino with no whip cream
because she’s fat. It’s more like I can see the person behind their clothes and
accessories. It’s a gift my art professors raved about throughout school.


“What is tall, dark, and brooding getting, Ames?” Jill’s
voice holds a challenge.
I examine the guy. He’s definitely tall, probably around 6’2’’
with black hair. The skin I can see is tanned, and he’s wearing some dark
washed blue jeans with a light blue button up. Preppy but not overly so. I
would peg him as either a business or architect major, and I start going
through a list of possible drinks in my head.
“You better hurry, Ames. He’s getting ready to order.” She
laughs at the length it’s taken me to decide on a drink for him.
“He’s going to get a Venti Café Americano with a double
shot, no cream,” I say as he approaches the counter.
Pulling out my phone, I see that I have a few missed calls
from my dad, and I make a mental note to call him back. I open up the browser
to search for places to take Jill out tonight. It needs to be out of the way of
campus so we don’t run into the jerk and his new girl, but close enough if we
have to walk home.
“Can I get a Venti Café Americano with a double shot,” a
smooth, deep voice echoes around the shop.
I look up to see every girl looking toward the back of the
store where the guy just ordered what I predicted. Something about his voice
draws my attention to his back, like I want to examine him further.
“Told you, Jill,” I say through a smile as I look over at
her and away from him.
“You sure you’re not psychic?” She locks eyes with me and
then they flicker away to only widen.
“What? Don’t tell me Stephen is here with that girl, Jill. I
will personally take him out of the store and beat him senseless.” I get ready
to turn around when a chuckle has me frozen in my chair.
“Do you ladies mind if I join you?” It’s the voice from the
guy who just ordered.
Jill shakes her head no and gestures with her hand for him
to take a seat. I stare daggers at her, but she just shrugs at me. Resting back
into my chair, I continue the search for the right club, but can’t come up with
anything that would guarantee a Stephen-free night.
“Marcus!” the barrista calls.
I look up to see the guy next to us eye me as he rises to
fetch his coffee. Turning my attention to Jill, I see her study his ass and
grin. She obviously likes what she sees.
“No creamer right?” I lean over and whisper at her.
“None. He’s coming back this way though.” Smiling at me, her
eyes shimmer.
“What, why?” I let out.
“Why what?” Marcus asks as he sits down in the chair
opposite me.
“Nothing.” I reply like I’m annoyed at his intrusion. He
just shrugs it off like it’s not a big deal, and I decide to ignore him.
“So, I think we’re going to need to get ourselves a DD so we
can go out tonight, Jill.” I smile at her.
“Come on, Ames. I don’t want to run into him,” she pleads
with me.
“I know. I’ve been looking at clubs further out, which is
why we would need a sober driver to accompany us.”
“I don’t mean to include myself in this conversation, but
why don’t you just go to the new club that opens tonight. Déjà vu is on the
corner of Main and Avenue X, so it’s close to the campus,” Marcus offers with a
smile.
“No offense, but if it’s new, it’s a sure thing that her
ex,” I point at Jill, “will be there, and the point of the night is to have
fun.”
“Well, I have it on good authority to say that the only
people getting into the club are ones with their names on the list.”
His smirk graces his face and it pulls my attention to
examine him. Gorgeous set of lips that I could get lost in kissing, a nose
that’s slightly crooked from being broken, and when my eyes make their way to
his, a blue that’s not entirely blue. They have specks of green and yellow
floating around and glinting off the light in the coffee shop. My train of
thought goes fuzzy for a second, and I look away from him by grabbing my drink
off the table while I try and process why all of a sudden I feel the need to
wrap my body around his.
“Right, so a VIP list that our names wouldn’t be on either.
How does that help?” The words fly out of my mouth. I tend to speak fast when
I’m nervous.

“I can get you on the list,” Marcus says in a way that makes
me rethink wrapping my body around his.

This was short, and I mean I read it in 40 minutes short, at about 82 pages, this novella is really fast paced while still developing characters with all of the naughty talk and lying that happens.  What?  You don’t think you could read a book that doesn’t have some lying, or naughty talk did you?

I gave it a 4.5.  It wasn’t that it wasn’t amazing, which it was really good.  It just wasn’t long enough for me to build some solid relationships with the main characters, and I am still trying to figure out if the relationship they have is good/bad/ugly/ or the most sickest, ickiest, perfect relationship out there.  You all know what I mean.  One thing that still I question, I really didn’t get the name.  I figured that that Deja Vu related to something or someone that had been in Ames life previously, but for the life of me I couldn’t figure out what.  Well… Okay that is not entirely true, I know where the name comes from, and no I wont tell you because that will ruin some of the book, but Deja Vu doesn’t even apply to the place that is named that.  At least in my mind it doesn’t.

Overall it is worth the money, worth the read, and worth sitting waiting for the next in the series.  So go forth and read it, you wont regret it. 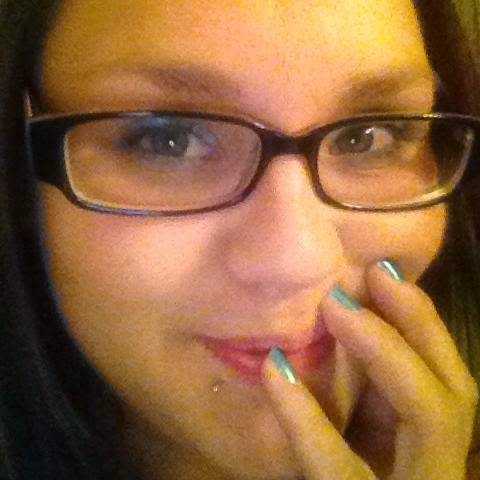 Dani Morales is a native Texan currently residing in Las Vegas, Nevada with her three boys and her mother.  She adopted the boys in December of 2011 and loves spending every minute playing with them. On her spare time you can find a book in her hand or sitting in front of the computer typing out stories that run rampant in her mind. Her debut novel Entrelacen was released April 2013.
Stalk Dani
Goodreads | Blog | Twitter | Facebook
a Rafflecopter giveaway

One Response to “Book Review: Deja Vu by Dani Morales”