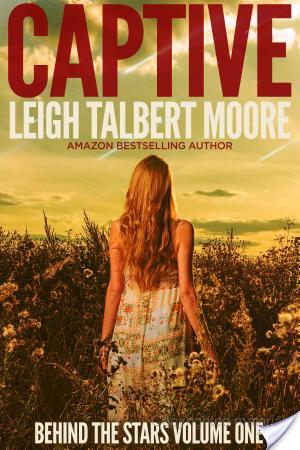 Red Dawn meets LOST in this New Adult action-adventure romance from Amazon bestselling author Leigh Talbert Moore.  Prentiss Puckett is certain of three things:-Graduation is two weeks away.-Summer only gets hotter in south Mississippi.-She's getting a job with air-conditioning.She did not expect to be kidnapped walking to work.And she never expected to become a hero.   Contains mild language and themes appropriate for readers aged 13 and older.   Episode Release Dates: (all available for pre-order)Nov. 9 - CaptiveNov. 9 - Learning to SpyNov. 23 - Harvest MoonDec. 7 - JacksonDec. 21 - Into the WoodsDec. 28 - If I FlyDec. 31 - BEHIND THE STARS Complete SetKeywords: action, adventure, small town, paranormal, female protagonist, suspense, survival, love, romantic

Small town life…..it’s something Prentiss Pucket knows very well. With graduation upon her, Prentiss is planning to spend the rest of her life with Jackson. The plan is to take over Jackson’s parents farm. A plan that Prentiss has dreamed of for many years. Then the unexpected happens and changes her life in a drastic way.

What would you do if you woke up to discover you had been kidnapped? To make things worse, you are taken to a camp to work for your abductors. When Prentiss discovers that her brother and other people in town are also in the camp, she begins to worry about Jackson. Despite looking and worrying for Jackson, Prentiss has not found him anywhere. Did they capture him? Is he still at the farm? Where has everyone been taken? What does it all mean??

Captive is a new serial by Leigh Talbert Moore. It is completely unlike anything she has written. The subject matter pulls you into the pages. The circumstances of Prentiss’ abduction remain a mystery. Flashbacks reveal the life that Prentiss once led. Pulling you into her life and the future she know leads. What an interesting beginning to a serial unlike any others I have read. Now ….off to the next installment.

Leigh Talbert Moore wrote her first graphic novel at the age of nine–about a lady scientist burned by acid. Sadly, the text of “Fury Woman” was lost, and Leigh’s novelist aspirations went on hiatus.

Then, after a decade working in journalism, editing, marketing, and public relations, she began writing books again, and in 2009 completed Dragonfly. Today, Leigh is the author of several popular young adult and new adult novels, all with a strong romantic slant.

She lives with her husband and two young children in the middle of the country, where she conjures new worlds, characters, and situations while playing chauffeur, chaperone, group activity leader, and referee.

One Response to “Book Review: Captive by Leigh Talbert Moore”