This event, Book Bash 2013, is by far the biggest and craziest event I have ever attended! I had a feeling it was going to be insane, so I took a week off work. SO GLAD I did. The week started on Tuesday, when I drove with Tiffany King to go pick up Chelsea M. Cameron and Karina Halle from the airport. (Yes – me and 3 of my favorite authors, I WAS fangirling the whole time, thank you for asking!)

Left to right – Chelsea, Tiffany, Karina, and me 🙂

That night went on way longer than I planned for it to. And that was my one and only drink, Jameson for those of you wondering, because I was driving. Sad face. I more than made up for it later, but we will get to that.

The following day was errand running, and delivering books that had been shipped to me to the hotel. I am not sure if we had enough … *sarcasm font* Though since all the books were shipped to me, Chelsea & Karina came with me … TO MY HOUSE … to pick them up.

Yes, you read that right, CHELSEA M. CAMERON AND KARINA HALLE WERE IN MY HOUSE.  *dies from the awesome* Karina even signed my books in my kitchen. I can’t even …

The next two days consisted of Disney World. Chelsea, Karina, and Kara from Great Imaginations, and I got to know each other real well. Kara and I are even dating now – what else would you call me picking gum off her ass? We might even be expecting, we should know soon. 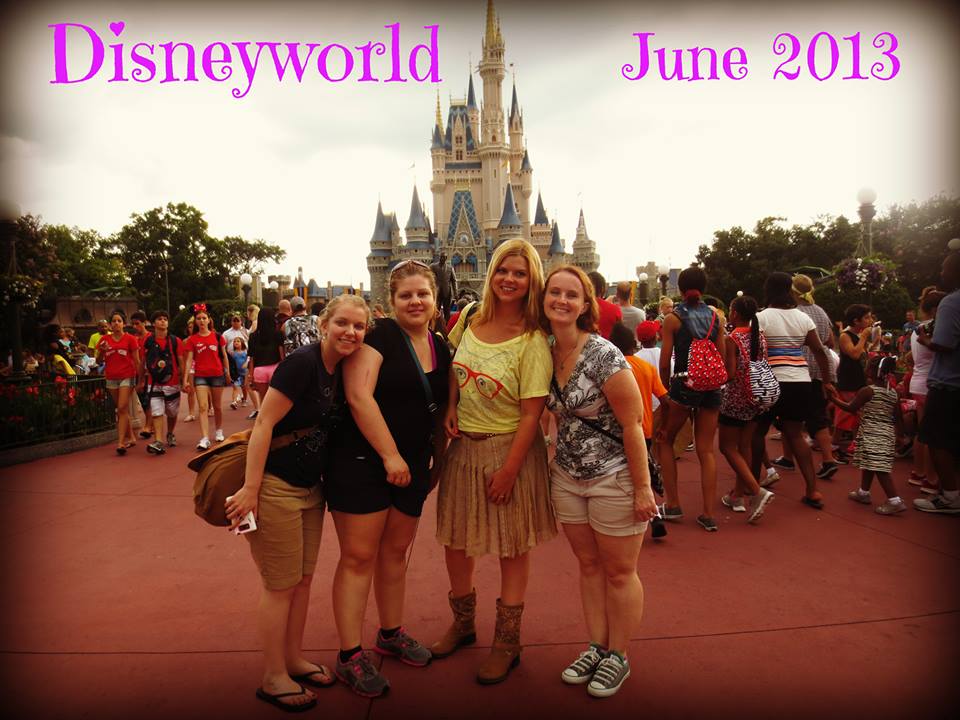 Tigger was a bit grabby – but I liked it.

Me on Splash Mountain with Karina!

And after all that, we still had Book Bash! Friday night was set up with a pre-registration party. And I didn’t get a picture – but cover model Paul Marron was my helper for scanning in tickets. I really need a new phone. I did get a few pictures between that evening and the following day.

Chelsea Cameron and me. It is not often I am the tall one. Girl is tiny! 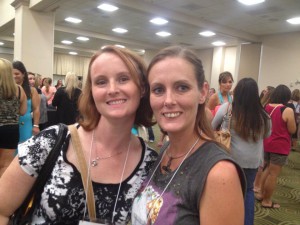 Me and my co-blogger Melanie. 🙂

Me with Kendall Grey. I was super stoked to meet her!

That whole afternoon was INSANE. Four hours, 1400 people, 80+ authors … People were lining up at 7:30 that morning just to be first in the door. And they brought suitcases of books. I don’t think the hotel knew what to expect. Those poor bell hops got worked hard and earned every tip they got plus some. I even heard Tara Sivec tipped one with $10 and 2 condoms! Not sure how true it is, but damn that’s funny :-).

Then there was the after party … Angstfest. Remember earlier where I said I didn’t get to drink? Yeah, that wasn’t a problem here. As you can tell by the pictures … 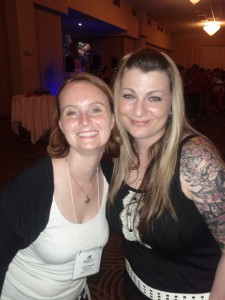 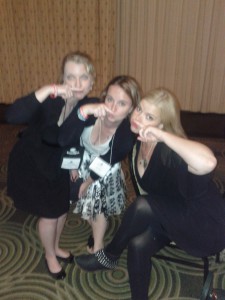 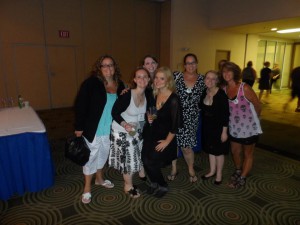 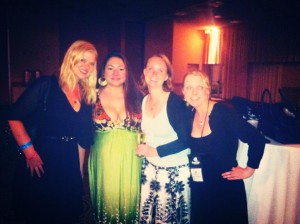 Karina, Chelsea, and I got a pic with Sylvia Day. That woman is super nice. 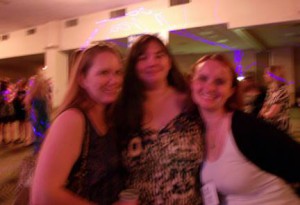 Sarah, Jen, and Me. This is how parts of the evening look in my memory

After the official party was over, we all went to the bar! Where I proceeded to hang out with Georgia Cates and K. A. Tucker. Nope, no pictures. Sorry kids. But I an tell you from what I remember they are both fabulous people, and I plan on reading their books sooner rather than later.

The following day was pretty much a wash, as I felt like death, so there isn’t much to tell. But I did come home with some fabulous things, which was surprising as I was working the event and didn’t have a lot of time to run around and get things signed. I did get a notebook and got several authors to sign it, along with some books and other swag. 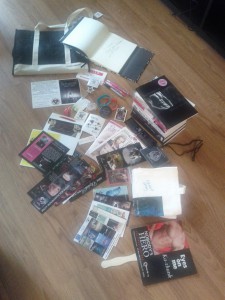 All the swag & books! 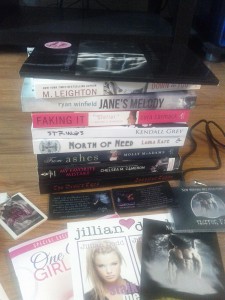 All but one is signed

Well, there you have it. My week of Book Bash summed up in a nutshell. I am a little afraid, as in the next few months I have Indie Book Fest 2013, Authors After Dark, and the Phoenix Book Signing I am going to. Then of course Coastal Magic in February. O_O

So, did you come to Book Bash? Did you come say hello to me? I know I saw a few people there but I am not even going to TRY to name everyone. 🙂 If you didn’t, which of the events I listed can I expect to see you at? *glares*