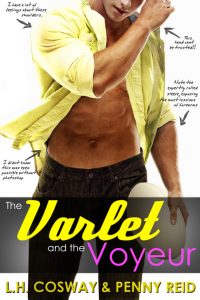 THE VARLET (and the VOYEUR)

William Moore is a long way from home. A farm boy from Oklahoma, he’s now the most well-respected member of the Irish rugby team. But appearances are often deceptive, and Will isn’t the clean-cut, all-American good-guy everyone imagines him to be. He’s got a secret, one that will tarnish his reputation forever.

THE VOYEUR (and the VARLET)

Joesy Kavanagh is a self-proclaimed mess, but she’s finally get her shi…uh, act together. She’s set her sights on becoming a veterinarian, but there’s one teeny tiny road bump. Her living arrangements are coming to an abrupt end, leaving Joesy homeless and in need of a job to pay her way through college.

What he needs is a companion to keep him on the right path.

What she needs is an apartment with free rent.

Will is convinced Joesy will make the perfect companion, since she’s brutally honest and basically ‘just one of the guys.’  Joesy is convinced she can ensure Will doesn’t succumb to his voyeuristic proclivities by keeping a scrupulous eye on him.

Except, what happens when the varlet is tempted by the voyeur, and vice-versa?!

The Varlet and the Voyeur is a full-length romantic comedy novel, can be read as a standalone, and is the 4th(and last) book in the USA TODAY bestselling Rugby Series. 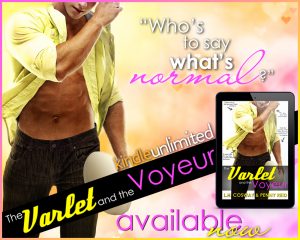 As a Rugby player from America, William Moore is quite the gentleman compared to his teammates. With manners, subdued behavior, and an overall appealing personality, William is a contradiction to most rugby players. Under all that perfection lays a secret. A really BIG secret that is getting ready to blow up when exposed to the world. A revelation that will have a trickledown effect that William never saw coming.

It isn’t considered ‘normal’ for anyone to want to continue to live with their parents into adulthood. For Josey Kavanagh – the reality of her inability to venture into the real world was about to come crashing down. A career student, Josey hasn’t really found her niche in life. One thing she can count on is life with her parents, and the constant stability they have always provided. That was until the rug was pulled out from under Josey’s feet.

With the need to find a place to live, Josey find herself open to living with Will. Needing a live-in companion, Will agrees to letting Josey fill the position. Josey is quirky and nothing like Will expected. The same could be said for Josey’s expectations for living with the sullen and closed off rugby player. Both find their arrangement beneficial….until it wasn’t.

Temptation and attraction is brewing between Will and Josey. Creating a whirlwind of emotions and tangled up feelings for the two. Can they find a way to keep their arrangement strictly platonic? Will the temptation to give into their feelings be the catalyst that causes their relationship to crumble?

Oh how I loved these two tattered and unpredictable characters!! Josey is nothing like you would expect. Her quirky ways make me laugh out loud, and Will left me smirking at his antics. Both characters were so unique, and drew me into their saga with such ease. Cosway and Reid are definitely a writing dynamo. Creating a world that readers are transported to with the most amazing creative flair. Simply put….I loved Josey and Will’s story!! 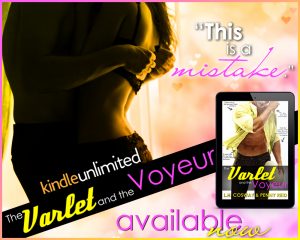 Discover The Beginning Of The Series

With The Hooker and The Hermit !! 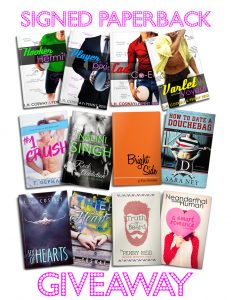