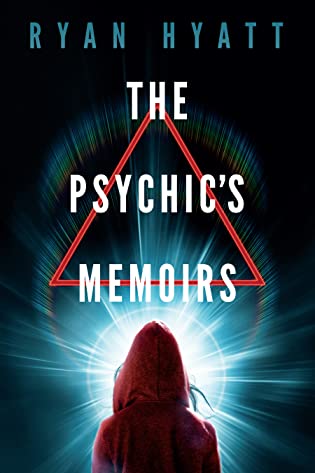 In The Psychic’s Memoirs, a hot-tempered Los Angeles detective and his distracted partner are assigned to find an alleged teenage psychic whose capture might determine the outcome of a looming civil war and humanity’s relationship with a misleading alien force. The standalone novel is part of Ryan Hyatt’s Terrafide series, techie tales of woe and hope in which characters grapple with a world falling apart. The Terrafide universe, which also includes Rise of the Liberators and Stay Younger Longer, takes place on an alternate timeline that mirrors and mimics present-day events.

Praise for The Psychic’s Memoirs:

"A mind-warping journey through an all-too-plausible near-future America where sociopolitical revolution and advanced technology represent the promise and peril of human evolution."--Jake Anderson, author of Gone at Midnight: The Mysterious Death of Elisa Lam

I am thrilled to be hosting a spot on the THE PSYCHIC’S MEMOIRS by Ryan Hyatt Blog Tour hosted by Rockstar Book Tours. Check out the excerpt below, and make sure to enter the giveaway!

“Good morning, class!” I say as the smartboard projects the notes from my computer screen. My voice is met with half-hearted grunts from half-awake juniors.

“Please, turn to the next page in your notebooks,” I say. “Date and title your notes as you see on the board.”

It’s Friday, May 8, 2026, and the title of today’s lesson is, ‘TREE OF POLITICAL IDEOLOGIES – CIRCA 1945.’ Three unlabeled branches stem upward and outward from a tree trunk labeled, ‘WESTERN CIVILIZATION.’

I have to give credit to this group of juniors, they sure like to start the day off right with a solid breakfast of energy drinks and spicy chips, so that by the end of first period they’re fired up and ready to raise hell around campus. It’s as if school is little more to them than some lame party they are forced to attend, so they bring their own favors to liven it up.

I can’t deal with such nonsense so early in the day:

And make sure you check out the rest of the Terrafide Series!

3 lucky winners will receive a finished copy of THE PSYCHIC’S MEMOIRS, US Only.

3 lucky winners will receive an eBook of THE PSYCHIC’S MEMOIRS, International.

And check out some of the other tour spots this week!

Ryan Hyatt was born in Tucson in 1976. He was raised in Phoenix, Los Angeles, Chicago and Copenhagen before returning to his hometown and graduating from the University of Arizona in 1999 with a bachelor’s degree in history, psychology and creative writing. Hyatt spent much of his twenties working as a reporter and columnist for newspapers such as the Apache Junction Independent and Santa Monica Daily Press. In addition to the Terrafide series, he is author of the modern western, The Death of Rock ‘n’ Roll, and editor of the satirical sci-fi news site, The La-La Lander, as well as Not Your Father’s Bedtime Stories, children’s tales he creates with his daughter. He holds a master’s degree in education from California State University Northridge and develops and manages literacy intervention programs for Los Angeles schools. For updates on the state of the future, visit thelalalander.com.