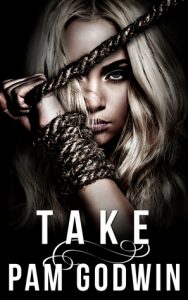 He’s a notorious crime lord, a kidnapper, and an artist.

Scarification is his outlet, and he just captured a new canvas.

Kate refuses to surrender beneath his blade or the cruelty in his beautiful eyes.

But she’s drawn to the man inside the monster. A man who makes her ache with his touch.

Who owns her with his kiss.

A man who worships her as deeply as he hurts her.

She can run, but there’s no escape from a bond carved in scars. 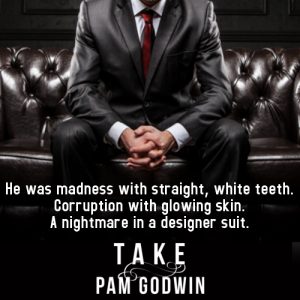 Imagine the despair upon discovering that your life has led you back to becoming a captive. For Kate – the circumstances that led up to her capture didn’t prepare her for discovering the chains that now bind her. Unveiling the circumstances of Kate’s capture leads her to realize so many things went ‘wrong’. As her reality sinks in, Kate realizes her capture is none other than Tiago Bell.

From her previous time as a captive, Kate knows that her circumstances will be nothing like the time she spent with Van. Tiago is ruthless and is determined to make Kate pay for the sins of others. A dark and possessed soul that lives to torment those under his roof. Kate knows that her life is no longer in her hands, but determination fuels her to find a way to overcome the odds.

Nothing about Kate’s captivity is ‘normal’ for Tiago. Everything about Kate draws Tiago from his need for destruction while taunting him with her vulnerability. Tiago’s motivation I driven by his need to make another pay for their transgressions. Through it all, Kate manages to escape the ultimate price of death. What transpires is a war between to souls determined to make the other ‘break’. Pain and surrender ignites a desperation in these desperate souls. What unfolds is a relationship fueled by passion, indecision, and mutual respect.

Whew…..hold onto your reader! Pam Godwin has written another gripping novel in the Deliver series that is sure to taunt you with the darkness that exudes from the pages. As Kate finds herself back in the confines of captivity, the intensity of Tiago’s vengeance leads readers on a journey that is truly unforgettable. The attraction between Tiago and Kate becomes an ever constant presence in the midst of all the anger and despair.

Take is a journey of strength, perseverance and finding the light amid the darkness. As with the rest of the Deliver series, I found myself devouring every single morsel of what transpired between the pages of this book. Discover all the nuances that Tiago and Kate provide in their journey to redemption. It’s a journey that you will not be able to shy away from. Dive in, discover Tiago and the turmoil that unfolds in his wake. 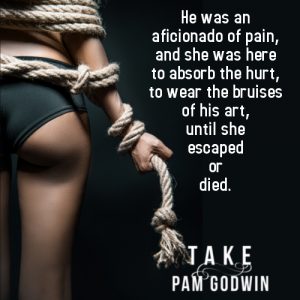