by Jiffy Kate
Also by this author:
Also in this series: , , 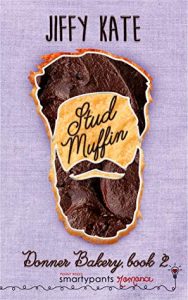 After Tempest Cassidy walks in on her husband banging her high school nemesis, her whole world gets turned upside down. She goes from being known as the Duchess of Muffins to the town crazy. Her new MO: revenge. Eventually, Tempest grows weary being arrested. Yet what choice does she have? If she’s not angry, then she’s simply . . . sad.

But when lines get blurred in the friend zone, will they both get burned? Or will it be a TKO?

‘Stud Muffin’ is a full-length contemporary romantic comedy, can be read as a standalone, and is book#2 in the Donner Bakery series, Green Valley World, Penny Reid Book Universe. 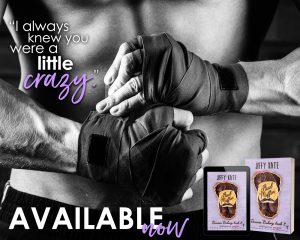 Revenge is a dish that is best served cold…..or is it?

Nothing stings like the betrayal that Tempest Cassidy finds herself grappling with. After leaving work early to get a head start on making a baby, Tempest catches her husband in bed with another woman. The stab to the heart was even more destructive when Tempest realized that her husband’s mistress is the one person that tormented her constantly throughout school.

With her life spiraling out of control, Tempest did what any gal would do when faced with such a betrayal. Tempest let her feelings show by seeking a little revenge on her soon-to-be ex-husband. Unfortunately for Tempest – her husband would call the police every time he experienced some of these tendrils of revenge. With a rap sheet that was growing by the day, Tempest is ordered to a bit of anger management to control her impulses.

Nothing could have prepared Cage Erickson for the red haired beauty that crossed his path. Tempest has captured the former MMA fighter’s attention from the moment she walked through the door of the local strip club. Luckily for Cage, his job as a bouncer give him a seat to all of the potential antics that might slip into Tempest’s mind when clouded by alcohol. The two quickly strike up a friendship, but both struggle to ignore the fire that ignites whenever they are together. What will happen when the two find themselves at a crossroads between friendship and passion?

Stud Muffin is the second book in the Donner Bakery series in the SmartyPants Romance empire. Jiffy Kate is the duo responsible for bringing Cage and Tempest into Green Valley world, and the small Tennessee town will never be the same!! Let me start by saying that Tempest is my spirit animal. Who hasn’t wanted to drive a truck in a pond, or burn a few things that belong to your ex?? The nuances of this breakup are so realistic that readers will not be able to help the giggles that escape when scouring the revenge that Tempest is able to enact upon her ex.

Cage finds himself in Green Valley courtesy of his friendship with Hank. With a shattered career hanging over his head, the job at the Pink Pony was just the opportunity that Cage needed to get his life back together. After crossing paths with Tempest, Cage found himself wanted to give the red haired beauty the affirmation that seemed to be missing from her life. Everything about this man screams HUNK!!! I loved seeing the glimpse into Cage’s family life outside of Tennessee, and I hope we will see more of those Erickson brothers in the future!!!

The way this story was woven into the Pennyverse was absolutely amazing! A perfect combination of Green Valley favorites mixed with a new cast of unforgettable characters!! Tempest and Cage captured my attention from cover to cover. Green Valley definitely isn’t the same since the Stud Muffin came to town!! Now I have to decide if I can replicate some of those amazing cupcake ideas into my own kitchen!! 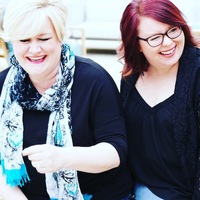