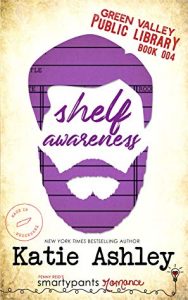 After catching her husband in a compromising position, Finley Granger finds herself in a new hell: reentering the dating world. When she moves in with her grandmother, her great-aunt, and their best friend, Finley finds herself surrounded by a trio of well-meaning yet bumbling matchmakers.

In spite of their efforts, Finley only has eyes for one person, and that’s Zeke Masters—the 6’4”, impossibly built, and ridiculously good-looking new man in town. Along with her nether regions, Finley’s journalistic spidey-senses tingle as to why he’s on sabbatical from Seattle. Is he on the lam or escaping a bad breakup? What’s his story?!?!

As Finley finds herself reluctantly drawn to the gorgeous IT guy, she can’t help but wonder: should she indulge in a rebound tryst with the mysterious Zeke, or has she finally met her match?

‘Shelf Awareness’ is a full-length contemporary romantic comedy, can be read as a standalone, and is book #4 in the Green Valley Library series, Green Valley World, Penny Reid Book Universe. 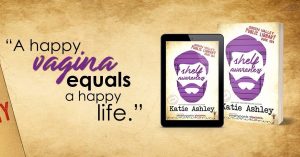 Going through the steps of a life makeover can leave you feeling excited, nervous and unsure of yourself. The focal portion of your transformation can be as delicate as a flower. For Finley Granger – a full body transformation was the focus of her lifestyle change. It was the beginning of what would prove to be an epic event that would lead to an unraveling of sorts.

Nothing could have prepared Finley for the betrayal she felt at her husband’s hand. Determined to overcome her circumstances and wallow in her grief for a bit, Finley found the desire to quit her job and head to the one place that felt like home. Green Valley, Tennessee is the place that Finley sought refuge from the chaos swirling in her life. With GramBea, Estelle, and Dot providing comfort to Finley’s wounded soul, life could only get more interesting from here.

Settling into life in Green Valley comes with an interesting twist. As her new duties in the library keep Finley floating on a cloud, so does the IT Specialist – Zeke Masters. With reluctance for entering into any type of romance, Finley can’t help the rush that engulfs her every time Zeke is near. As the two cross paths more often, so does the nagging feeling that Finley should take a walk on the wild side. The only question that remains is if Zeke is open for the possibilities that Finley would bring to his life.

Shelf Awareness is the latest installment in the Green Valley Library series. Katie Ashley is tackling her idea of what she envisions in the Pennyverse. While I looked forward to reading Ashley’s spin on life in Green Valley, it left me with a mix of emotion. First let’s look at Finley…… this character is portrayed at a journalist in the very beginning. As I read, I found myself asking if a journalist would handle some of the situations the way the Finley did. In my head, I imagine a journalist always questioning life and the situations that are thrown out there. Finley lacked that quality and was more of a hot mess that lacked the backbone I would expect from such a character.

While I found myself giggling at the antics of GramBea and her friends, I did feel like this was a Golden Girls reproduction. It is even mentioned in the story the reflection to the iconic series. The different fandoms left me feeling like the story was more of a cliché and less about the Green Valley world. What do I mean? Imagine every single fandom that the author or Penny Reid has ever mentioned and its thrown in the story. Star Wars, Friends, Seinfeld, Golden Girls, The Mummy, comic strips, superheroes….. Every single fandom under the sun is thrown into the mix of this story. While I enjoy a few references, this was overload with a capital ‘O’.

Then there was a lack of connection in Shelf Awareness to the Pennyverse. When an author decides to create new characters in another author’s world of characters, the tie in should be concise and distinct. This story takes place in the town of Green Valley, but lacks any true tie-in with Penny’s famous Winston series. Don’t get me wrong – there are a couple of mentions of Penny’s characters. Other than that, there is no cohesive plot connection with the Pennyverse. Change the location of the story, and this could be a tale of woe from any storyline. It was definitely not an angle that I expected from such a creative author as Ashley.

In a nut shell – Shelf Awareness is a cheesy romance that just happens to take place in the town of Green Valley, Tennessee. Will it make you laugh? At times…..yes! Will GramBea and her friends give you a laugh? The trio will definitely make you giggle given the direct parallel to a Golden Girls episode. Will Finley frustrate you? I think so…..but hopefully she can find redemption in the reader’s eyes by the end of the story. Shelf Awareness provided a ton of clichés, but fell short of the writing that I would expect from the Pennyverse. 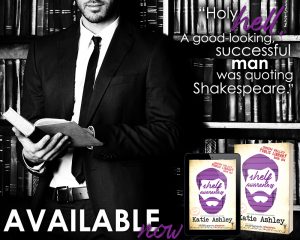