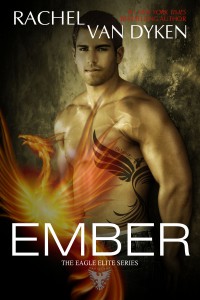 I am a Killer. A Rapist. A Monster.
I know only pain and survival.
That is until the Cappo’s sister walked into my life.
And changed everything.

She’s a light who makes my darkness darker, her smile makes my heart turn to ice, and I can’t escape the fear her seductive looks instill–knowing it’s only a matter of time before I fail–again, and take her for myself.
This is the story of my redemption.
But it’s not pretty…I died, and now I’m alive, but not living, breathing but not surviving. I am Phoenix De Lange, son to a murdered mob boss, estranged brother, horrible friend, monster in the making, newest leader to one of the most powerful families in the Cosa Nostra.
And I will have my vengeance.
Or die trying.
I am Phoenix De Lange.
Death is all I know.
Until she offers me a piece of life–I can’t resist taking. 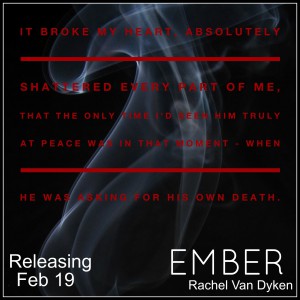 I wasn’t sure how to act. Wasn’t sure if I should apologize for attacking him or thank him for not laughing in my face. Embarrassed and irritated that he was most likely going to ignore whatever it was between us even if it killed him, I stared hard at the cement floor.
“How are you feeling, little girl?”
“I’m not little.”
“You want me to call you fat?”
“No.” I lifted my head. “Call me gorgeous like you did last night.”
“Well, shit.” Phoenix ran his hands over his face then grabbed my arm and dragged me down the hall into a darkened corner. “You remember?”
“You kissed me.”
“Prove it.”
“What’s wrong with you?” I pushed against his chest. “You like me! Admit it!”
Phoenix made a face. “You were drunk, launched yourself at me, and I caught you. Did we kiss?” His eyes went completely black. “Yeah, we did, but it meant nothing.”
“Really?”
“Really.” He hissed out a breath through his teeth.
“Prove it.”
“What?”
I pushed him against the wall. “Prove it meant nothing. Let me kiss you now, and if it meant nothing it will be like… what? Kissing your sister.”
“I’ve sworn off women.”
“So this should be an easy test then, right?”
“Bee…” Phoenix’s face was pained, as if I was holding a gun to his head rather than offering to kiss him. Was the idea so abhorrent? “Please…” His voice had a pleading tone I’d never heard before. “Don’t do this.”
“One. Little. Test.” I rose up on my tip toes and kissed him full on the mouth.
His lips refused to move against mine.
I wrapped my arms around his neck.
He stiffened even more.
Irritated, I bit his lower lip. He gasped, and I slid my tongue inside his mouth. He pushed me away with a curse then wiped his lips. “Done. Your little test is done. I didn’t respond. Happy now?”
His eyes were furious; the blue flashed like lightning against his skin. His fingertips shook as he made a fist.
“You like me.”
“Bee…” Phoenix pinched the bridge of his nose with his fingertips. “…find someone your own age, someone who’s interested in you in the way you deserve, alright?” His tone was gentle, and maybe that was what hurt the most.
It was like he was letting me down slowly, hoping I didn’t break.
But the joke was on him.
Because I was already broken.
I didn’t want boys my age — I wanted him.
“You’re a good liar.” My eyes narrowed. “And you’re lucky I’m patient.”
“Lucky?” He sputtered out a laugh. “That you like toying with me?”
“No, lucky that even though you constantly push me away…I keep coming back for more. But, Phoenix… everyone’s time eventually runs out.”
“Go to breakfast, Bee.”
“Go to hell, Phoenix.” 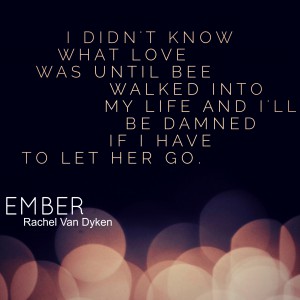 A past that shapes your future…..a life shaped by life within a mafia…..a broken man.

Phoenix was raised under the stern hand of a horrible father. One that dealt out pain and suffering like a stack of cards. Drugs and sex trafficking were the center of Phoenix’s life. His father grooming Phoenix to one day become the head of the family. Training him to be a killer…..a rapist.

In this life…..second chances do not exist very often. For Phoenix, that chance came when he became head of the Nicolasi family. Although he has been accepted back into the ‘family’, his darkness and destruction has not been easily forgotten. The past that Phoenix can never escape…..the pull on his soul.

Then a light came shining into his life. Phoenix is tasked with protecting Tex’s sister – Bee. After moving in with her brother, Bee can finally escape the torment of her past. With no on close to her, Bee begins to look to the constant in her life. The one that is there to protect her. The forbidden.

No matter how hard Phoenix pushes, Bee doesn’t give up on him. After all, his past means nothing to her. She only knows the man in front of her….her protector…..Phoenix.

What a rocky journey these two characters have led. Phoenix will once again find himself front and center because of his past. Ember contains twists and turns that will rock you…..It’s what Rachel does best. Pull you into a story and leave you on the edge of your seat. After all….would you have a book about life in the mafia read any other way??? Elude cannot get here soon enough!! 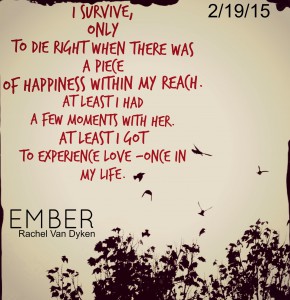 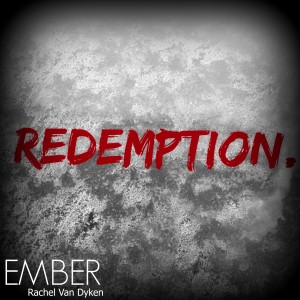