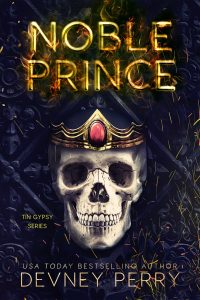 The night Luke Rosen met Scarlett Marks was the only time he’s regretted becoming chief of police. One horrific night of blood and death, and now she’s living under his roof—all because he swore an oath to serve and protect.

Scarlett is stubborn and infuriating. She has no respect for the order in his structured life, and she never does anything she’s told. Worse, she doesn’t seem to care that the information she has on a motorcycle gang means she might end up dead. But her unwavering strength, her courage and tenacity and beauty, makes it impossible for him to abandon her.

If Luke is going to keep her safe, he’ll have to make the hardest decision of his life. He can either honor his values as a cop, knowing Scarlett is unlikely to survive . . . or he can break all the rules and protect the woman who’s invaded his home and his heart. 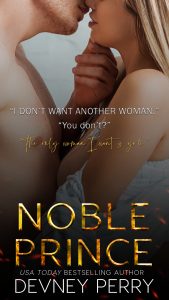 When Scarlett came into town in search of her sister, no one could have predicted the trouble that would follow. After a night of mayhem and tragedy, Scarelett found herself under the watchful eye of the local police chief. With the threat of danger at the hands of the Arrowhead Warriors lurking around, Scarlett quickly realizes that life is no longer her own.

With Scarlett locked away behind the doors of his personal abode, Luke finds his attraction growing by the day. Life gets more interesting as Scarlett proceeds to making Luke’s house a home. Even though his heart is aching, Luke knows the threat of danger is far from over. With the FBI and Arrowhead Warriors all trying to find Scarlett, Luke knows it is only a matter of time before the threats to her life come knocking at the door.

Noble Prince is the latest release in the Tin Gypsy’s saga from author Devney Perry. Let me start by saying – if you haven’t read this series you need to remedy that quickly!! I loved diving into the saga once more but found that Luke was definitely a character worth waiting for!! I loved the angst, anticipation and danger swirling around Scarlett and the dilemma that was trailing in her wake. Noble Prince was a great addition to a series by one of my most favorite authors! 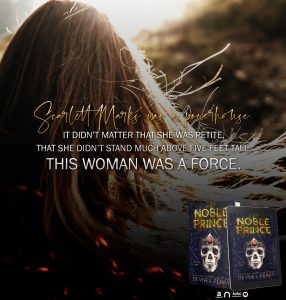 “If you’re not going to get out of the way, I’ll just go around.” I spun on my shoes, whirling the opposite direction, but when I went to take a step and carry my basket away, I suddenly found its weight missing from my arm. He’d stolen it from me before I’d had the chance to clutch it tight.

Then the world was spinning. The floors, the ceiling, everything flipped topsy-turvy.

No, that wasn’t right.

I was being carried. Hauled. That had been Luke’s threat and damn it, I’d underestimated him. The chief had made good on his word.

His shoulder dug into my belly as he walked. I lifted my face, pushing the hair out of my eyes. My basket of food sat exactly where I’d been standing. My chicken and rolls and cookies and chocolate milk. The items grew smaller with every one of Luke’s strides.

I lifted a hand and raised it above my head. My hair kept falling in front of my face, obscuring my vision, but that didn’t stop me from using every ounce of strength I had left. I brought my fist down on Luke’s lower back. Except my aim was shit so I didn’t hit his back. No, my fist bounced off his firm, perfect ass.

Luke didn’t so much as break his stride. “I promised Presley I’d keep you safe.”

And without another word, without stopping, he carried me in a fireman’s hold out of the grocery store and into the snow.
I was going back to the daisies, whether I wanted to or not. 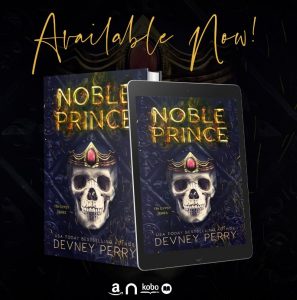