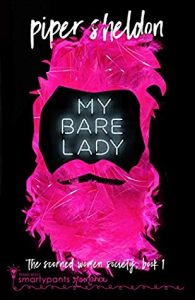 Suzie Samuels is the only thing standing between Clifford and his life’s work. All he has to do is change everything about her. Perception creates reality and Clifford Rutledge needs the irascible stripper to prove it.

Suzie Samuels is set to prove once and for all she’s more than Short Fuse Suze, stripper for the Black Demons and renowned motorcycle arsonist. If all it takes is hard work, then Suzie knows how to work it hard.

Can Clifford move past their differences long enough to pull off the impossible task of changing the bare lady into a fair lady?

More importantly, as perceptions shift and priorities change, will he want to?

‘My Bare Lady’ is a full-length contemporary romantic comedy, can be read as a standalone, and is book #1 in the Scorned Women’s Society series, Green Valley World, Penny Reid Book Universe. 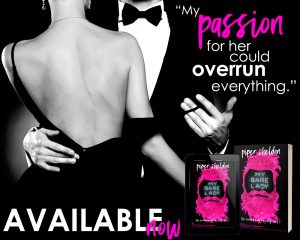 Stripping is the only life that Suzie Samuels has ever known. With a determination to find another path in life, Suze is trying to earn her way out of performing in the club. The reality of Suze’s situation is less than stellar. There are just too many people trying to take a cut from Suze’s paycheck. After angering the Iron Wraith’s, Short Fuse Suze ended up owing the club for leaving. Add to that the current strip club owner and the debts of an alcoholic father, then it’s no wonder Suze is struggling to keep her head above water.

When the Black Demons turn to Clifford Rutledge to get some plans approved on an expansion, they are met with resistance. The University of Tennessee professor is not succumbing to shady deals that are playing out by the hand of the MC. This lack of cooperation on Clifford’s part has led to becoming a target for the Black Demons.

After a meeting is created to twist Clifford’s arm into signing off on the Black Demons plans, Suze finds herself the center of a negotiation. With the temptation to make Suze a presentable lady in society, Clifford finds he cannot ignore his attraction to the raven beauty. The sizable incentive connected to funding at UT is an added bonus. Can the research professor take the wanton woman that is standing before him and work a miracle? Only time will tell if Short Fuse Suze will live up to her name even with a little creativity.

My Bare Lady is the first book in the Scorned Woman’s Society from author Piper Sheldon. This standalone is set in Green Valley, Tennessee in the world of author Penny Reid. The story crosses paths with the world of the Winston Brothers and the people that live in their beloved hometown. Short Fuse Suze is known for her hot headed temper where Jethro Winston was concerned. Suze may have set a motorcycle on fire at one time, earning her the nickname that follows her through the club.

When I started this book, I couldn’t wait to see what was in store for the scorned women in Green Valley. Instead of an exciting journey into the Pennyverse – I found a plot that didn’t quite live up to the expectations I have of living in the world of the motorcycle club and walking into an opportunity from a knight in shining armor. What was I expecting? Well – I definitely expected a tale that would captivate me with the creativity that should be oozing out of the walls of the strip club and straddling the danger that follows the competing motorcycle clubs in Green Valley.

Think about it…..Short Fuse Suze seriously had me laughing long ago from her antics. Who wouldn’t be impressed with a woman scorned who wasn’t afraid to seek a little revenge?? Suze just didn’t live up to the hype. The plot was just an average Cinderella tale with a pinch of stripper thrown into the mix. I found myself lacking the usual engagement that I encounter when dealing with anything related to my favorite series. My Bare Lady just didn’t live up to the creativity or humor that I expected. Hopefully – the next book in the series will redeem the title of a scorned woman. 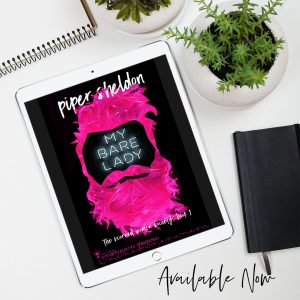 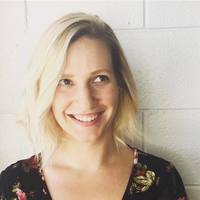 Piper Sheldon writes Contemporary Romance and Magical Realism books that hope to be New York Times bestsellers when they grow up. For now, she works as a technical writer during the day and writes about love the rest of the time. Of course she also makes room for her husband, toddler, and two needy dogs at home in the Desert Southwest.