Their bond is too intense to ignore.

Heart Bones is an unforgettable contemporary romance that will pull on your heartstrings and show you the power of hope.

From #1 New York Times bestselling author of Verity and Regretting You.

Beyah comes from a life of poverty and neglect; Samson from a family of wealth.

When the two find themselves spending the summer as neighbors, they soon realize money is one of the few things they don’t have in common.

Their bond is too intense to ignore, but with only ten weeks separating them from the start of their new lives on opposite ends of the country, Beyah and Samson decide to stay in the shallow end of a summer fling.

What they don’t realize is that a rip current is coming and it’s about to drag both their hearts out to sea. 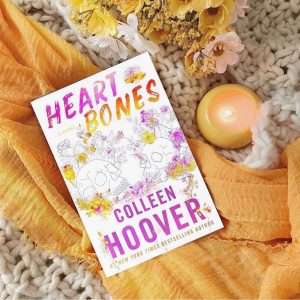 Life for Beyah is full of uncertainty and insecure moments. As a child of neglect, Beyah has learned that she must pave her own way in life. Circumstances have taken place that have left Beyah with the need to reach out to a father that she hardly knows. With limited contact over the years, Beyah doesn’t know what to expect as event in her life spiral out of control.

With college on the horizon, Beyah knows she only has to depend on her father for the summer. How bad could that be? As her decisions are limited, Beyah takes the plunge and travels to her father’s summer home in Texas. Beyah wasn’t expected to find herself at the doors of a beach house, must less one that screams of wealth. As Beyah settles in to a live she could hardly dream of, life with a bunch of strangers just became more confusing.

Right away Beyah finds herself crossing paths with Samson. As the next-door neighbor in this beach front community, Samson is everything that Beyah is not. Samson is mysterious and broody. Yet – Beyah finds his personality a Siren’s call to her soul. With so many differences on the outside, what could Samson have in common with a girl from the wrong side of the tracks? As Beyah spends more time with Samson, she discovers a connection that is almost impossible to believe. With summer winding down, where will Samson and Beyah find themselves at the end of the road?

Heart Bones is the latest release by Colleen Hoover. It is an unusual story that left me contemplating two characters that are as unique as their names. I will admit, I went into this book completely blind. Time and again – I find myself ignoring the desire to even look at the blurb. No expectations….no thoughts running through my head…..just an open mind for what is always a unique look into the creativity that exudes from a Hoover book!

While I can’t tell you a lot, I can say that you definitely need to go into this journey with your eyes wide open. My heart felt completely open and wrung out after following Beyah’s journey. We never know what others hide behind their ‘masks’. If you look deep enough, you just might discover a secret that is bigger than you could imagine. What you do with that knowledge can make or break you. For Beyah and Samson – their paths intersected for a reason. Discover the journey that will open your heart in more ways than one!

Samson’s knee brushes high up on my inner thigh and I’m glad he can’t see anything from my chin down, because my body is covered in chills right now.

“I didn’t think there were many people in the world like me,” he says.

“You think we’re alike?” I want to laugh at that comparison, but there’s not an ounce of humor in his expression.

“I believe we have a lot more in common than you think we do, Beyah.”

“You think you’re as alone in this world as I am?”

He folds his lips together and nods his head, and it’s the most honest thing I’ve ever seen. I never would have thought someone so well off could have a life as shitty as mine, but I can see it in the way he’s looking at me. Everything about him suddenly seems familiar to me.

He’s right. We are alike, but only in the saddest ways.

My voice comes out in a whisper when I say, “When I first met you on that ferry, I could tell you were damaged.”

There’s a flicker of something in his eyes as he tilts his head to the right. “You think I’m damaged?”

He moves even closer in the water, but there wasn’t much space left between us to begin with. It’s deliberate, and so much of me is touching so much of him now. “You’re right,” he says quietly, slipping a hand around the back of my left knee. “There’s nothing left of me but a fucking pile of debris.” He pulls me to him, wrapping both my legs around him. That’s all he does, though. He doesn’t try to kiss me. He just connects us together as if that’s enough while our arms keep us both afloat.

I’m swiftly succumbing to him. I don’t know in what way. All of them, maybe. Because right now, I need him to do something else. Anything else. Taste me. Touch me. Drag me under.

We watch each other for a moment and it’s almost like looking into a broken mirror. He leans in slowly, but not toward my mouth. He presses his lips against my shoulder, so gentle it feels like a graze.

I close my eyes and inhale.

I’ve never felt anything so sensual. So perfect. 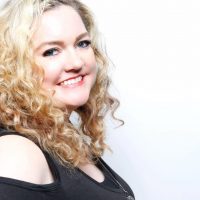 Colleen Hoover is the #1 New York Times and International bestselling author of thirteen novels and multiple novellas. She lives in Texas with her husband and their three boys. She is the founder of The Bookworm Box, a non-profit book subscription service and bookstore in Sulphur Springs, Texas.