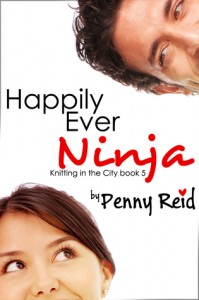 From the USA Today Best Selling Author of ‘Truth or Beard’ There are three things you need to know about Fiona Archer… I would tell you what they are, but then I’d have to kill you. But I can tell you that Fiona’s husband—the always irrepressible and often cantankerous Greg Archer—is desperately in love with his wife. He aches for her when they are apart, and is insatiable when they are together. Yet as the years pass, Greg has begun to suspect that Fiona is a ninja. A ninja mom. A ninja wife. A ninja friend. After fourteen years of marriage, Greg is trying not to panic. Because Fiona’s talent for blending in is starting to resemble fading away. However, when unexpected events mean Fiona must take center stage to keep her family safe, her response stuns everyone—Greg most of all. It seems like Greg’s wish has come true. Except… not. When all is said and done, can Greg handle this new version of his wife? Will his irrepressible cantankerousness push her away? Or can the couple find a way forward without either being forced to step back into the shadows? This is a full length, 100k word novel, and is the 5th book in the Knitting in the City Series. All books in the series can be read as a standalone except book #1.5 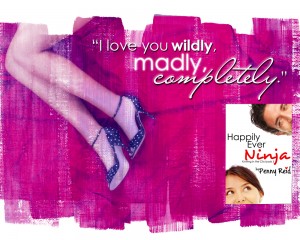 I sensed Greg stiffen further and straighten. He turned from me to face our neighbor. “Who the hell are you?”

Matty’s eyes were wide, clearly confused, and more than a little concerned when they met mine briefly, then flickered back to my husband’s. “Uh, I’m Matt.”

“Mat? As in, a small rectangular piece of carpet made for the express purpose of cleaning dirt from one’s shoes?”

Greg’s impolite words and clipped tone pulled me from my stupor and I smacked his shoulder. “Greg!” I pulled my towel tighter and walked around my rude husband to stand in between the two men.

“Yeah. I’m Greg,” he growled, making no attempt to disguise his hostility; but then, he never did.

“Greg, this is Matthew Simmons. He is our next door neighbor.”

Matty, holding a kitchen towel, gave his palms another wipe before reaching out his hand to Greg. “Nice to meet you . . . ?”

Greg made no movement to accept the handshake, instead opting to narrow his eyes threateningly. “Why don’t you have a shirt on, Matt?”

Matty’s eyes widened and he dropped his hand as he glanced at his bare chest. “I, uh-I was just—”

“He was replacing the garbage disposal,” I supplied, irritated with Greg’s bad-mannered behavior. Furthermore, I was irritated that I was irritated, because my husband was home. He was home! He was here and I’d missed him and, instead of taking advantage of his presence, I was standing in my towel in the living room being irritated.

“Your garbage disposal? What are you talking about?”

“I just installed that disposal.”

“No, you didn’t. It’s been three years. And Grace ruined it in January.”

“She put Jack’s rock collection in the sink and turned it on as revenge for him hiding her Barbie dolls.”

Greg blinked and he appeared to be digesting this information with some difficulty. At last he said, “Grace has Barbie dolls? When did she get Barbie dolls?”

I glanced at the ceiling and shook my head, then turned to poor Professor Matthew Simmons. “Thank you for your help, Matt. I really appreciate it.”

Matty’s eyes moved between us, then finally settled on me. “No problem. I’ll just get my tools and . . . other stuff.” He tossed his thumb over his shoulder, lingered awkwardly in the doorway for two seconds, then disappeared back into the kitchen.

I slid my eyes to Greg and found my husband still staring at the spot where Matty had been standing, an angry frown creasing his tired features.

“What is wrong with you?” I asked in a tight whisper, gripping the towel at my chest.

“What is wrong with me?”

“Yes. What was that?” I motioned to the kitchen, to Matt, keeping my voice low.

My husband’s eyes flashed and he spoke through gritted teeth, “A man, who happens to live next door to my family, takes off his clothes in my home while my beautiful wife is walking around in nothing but a towel . . .” Greg’s typically dry delivery was intoned with an extra helping of scathing sarcasm as he added, “Yeah. Seems legit.”

It took me a few seconds to recover from his insinuation, but when I did I forgot to lower my voice. “I used to babysit him, Greg! I changed his diapers.”

“Babysit him? What?” He looked truly perplexed, like I’d revealed Matt was responsible for all the Star Wars prequels, but then his eyes narrowed again as though he’d just realized something important. “Wait, so you’ve seen his penis?”

I gasped, then inadvertently laughed my frustration. “Really? That’s the take-home message? That I’ve seen his penis? If it makes you feel any better, it was about this long.” I held my thumb and forefinger apart to indicate an inch.

“Not longer, larger.” Matt shrugged innocently, like he was clarifying the size of his sofa and not his man parts. “I was referring to volume, not necessarily length—though it is—” 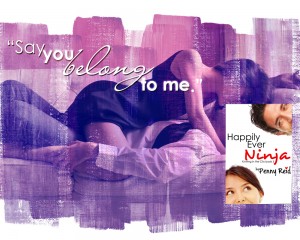 Motherhood is hard. It is even more stressful when you are raising your kids ‘alone’ while your spouse is working on an oil rig. All of the ups and downs, the sickness and trials fall upon one set of shoulders. For Fiona – this is the life that she now leads. Greg is working abroad and has limited time at home with his family. Fiona finds herself struggling to be both father and mother to their children. As a cancer survivor, Fe has always met the struggles in life head on. Now – she is finding out that there are times when she needs to invoke her inner ninja to make it through the week.

Happily Ever Ninja explores the real-life struggles of a relationship….the highs and the lows. For Greg and Fiona – their marriage is filled with secrets. As those secrets unfold, Greg and Fe will take readers on quite the adventure. One filled with glimpses of a corrupt government, environmental issues, and a journey around the globe. Throughout this adventure, readers will discover that everyone has the potential to be a ninja.

Penny Reid treats fans to a wonderful story filled with an amazing plot, characters that keep you engaged, and a story that will definitely keep you glued to every word. This is definitely NOT your typical romance. Reid has a unique talent for delving into so much detail with her writing. One thing is certain…readers will devour ever moment of this romance!! 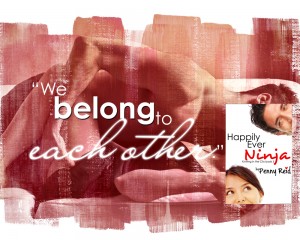 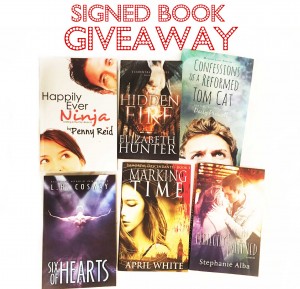