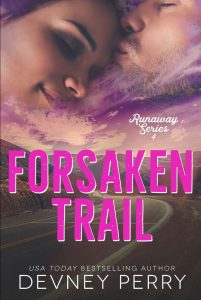 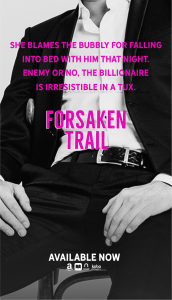 With another leg of an epic road trip planned for the Cadillac, Aria Saint-James heads to her sister’s home in Arizona. A long-awaited vacation was just the ticket that Aria needs to reconnect with her twin – Clara. The sisters have always been connected on a level that others can’t quite understand. So – it is no wonder that Aria is as vested in what happens in Clara’s life as her own. What Aria didn’t plan on was a roadblock in her plans.

Brody is the thorn in Aria’s side that just won’t go away. As Clara’s boss, Brody has managed to provide Aria’s sister with a life that any single mother would be proud of. In spite of being generous to Clara, Brody rubs Aria the wrong way. Now – the arrogant businessman has managed to be a part of the vacation that Aria planned with her sister. To add insult to injury, Aria finds herself stepping into a role that Clara generally performs as part of her duties as an assistant.

Nothing could have prepared Aria for the ramifications of stepping into Brody’s world. An explosion unlike anything Aria expected comes barreling into her peaceful existence. Be careful what you wish for because you might find that unexpected events come with those wishes. One night…..one indulgence….now Aria finds herself reeling from her trip to Arizona.

Can I start by telling you how much I loved Forsaken Trail? The road trip of a lifetime has been captured throughout this series. Each stop just as exciting as the next. Aria’s leg of the journey was unexpected, but full of the elements that pull you into the story of this tainted heart. Brody…..well….talk about a surprising morsel wrapped up in a three piece suit!! The dynamic between Brody and Aria is outstanding!!

The Runaway series has taken a road trip and turned it into an epic life quest. Aria’s story was unexpected and just the right touch for this leg of the journey!! I can’t wait to uncover what is in store for Clara!! Make sure you check out this wonderful series and all it has to offer when feeding your soul! 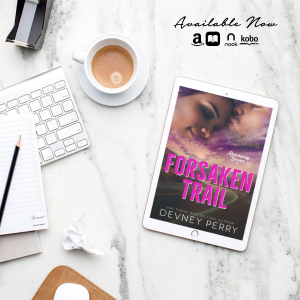