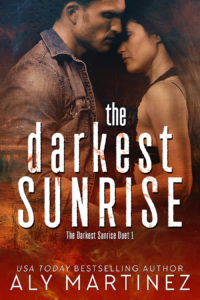 Whoever coined that phrase is a bald-faced liar. Words are often the sharpest weapon of all, triggering some of the most powerful emotions a human can experience.

“Your son needs a heart transplant.”

Syllables and letters may not be tangible, but they can still destroy your entire life faster than a bullet from a gun.

Two words—that was all it took to extinguish the sun from my sky.

For ten years, the darkness consumed me.

In the end, it was four deep, gravelly words that gave me hope of another sunrise. 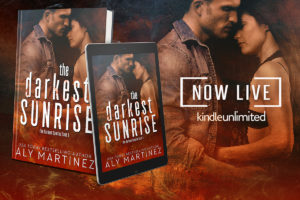 Losing a child is never easy. It’s a weight that sits upon your shoulders Charlotte was devastated at the loss of her son. It haunts her years after the fact. Channeling pain into her work, Charlotte has become one of the most sought after surgeons in her field. Long hours and time consuming one on one are a daily factor in Charlotte’s life. There’s only one catch….Charlotte refuses to accept children as a patient.

Porter knows all about loss. After losing his wife, Porter was left raising their children all alone. The difference between Porter and any other single parent is his son’s illness. Doctor after doctor has treated the young boy without successfully getting a handle on his condition. After a little research, Porter discovers there may be one doctor out there that could possibly be the answer to his prayers. The only problem…..she doesn’t accept children as patients.

Two people with a world of heartache on their shoulders. Two paths that will ultimately collide.

What an emotional and epic story. Two broken characters whose lives have been completely shattered. Their story is emotional and full of angst. A history for both that will rock your world when it unfolds. It’s one of those books that stays with you long after you finish the last page.

Aly Martinez writes really good books. The Darkest Sunrise surpasses the norm. It is an exceptional tale that will weave so many plot facets into an explosive ending that will rock you to the core. A web of deceit, longing, and love that leaves you desperate for more!! I am counting down the minutes until the next book in the duet releases. This is one book you do not want to miss!! 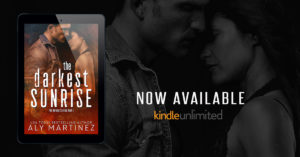 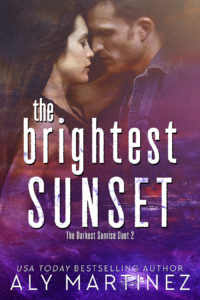 “There’s nothing more we can do for your son.”

Those syllables and letters became my executioner. I told myself that, if I didn’t acknowledge the pain and the fear, they would have no power over me. But, as the years passed, the hate and the anger left behind began to control me.

Two words—that was all it took to plunge my life into darkness.

In the end, it was four soft, silky words that gave me hope of another sunrise. 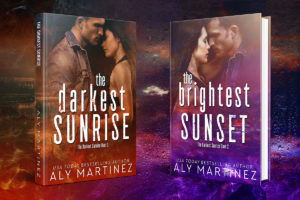