by Nora Everly
Also in this series: , , 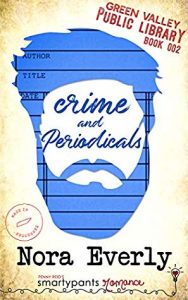 In Green Valley, Tennessee everybody knows everybody, but nobody knows Sabrina Logan.

Sabrina has been hiding in plain sight for years. Living her life inside of books, dutifully helping her family, and hoping no one will notice her. So far? Mission accomplished!

Yet when sexy—and distrustful—sheriff, Wyatt Monroe returns to town with his daughters, he definitely notices the quiet librarian everyone else overlooks. The single dad can’t seem to shake thoughts of shy Sabrina. Without quite understanding the impulse, Wyatt makes his mission finding her again, so he can . . . well, he’ll just have to reckon with that later.

What Wyatt discovers is a woman who trusts too easily, but who’s afraid to live. Trust doesn’t come easily to Wyatt. But living? That’s never been a problem.

‘Crime and Periodicals’ is a full-length contemporary romantic comedy, can be read as a standalone, and is book#2 in the Green Valley Library series, Green Valley World, Penny Reid Book Universe. 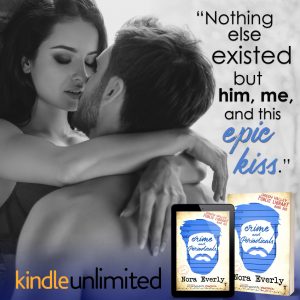 There are times in life when the care of others is more important than your own issues. For Sabrina – taking care of family is second nature. Since her sister passed away, Sabrina helps her father raise the children that were left behind with their mother’s death. Sabrina’s nephew Henry needed a tad more care than the teenagers, due to his autism. This sacrifice Sabrina was making with her own life was never a factor. Who wouldn’t love their niece and nephews like their own??

During a breakdown that Henry was having on the side of the road, Sabrina crosses paths with Wyatt. The local Sherriff knew exactly how to assist Sabrina with the turmoil that Henry was going through. Wyatt’s act of chivalry touched the bookworm far more than she wanted, but it was hard to ignore how amazing the man in uniform was with children. If that knowledge wasn’t the main reason to give Wyatt a second glance, Sabrina learns that two of her favorite children at the library are Wyatt’s daughters.

As Sabrina and Wyatt feel an immediate attraction, the duo knows that whatever they feel comes after the care of the children. Wyatt has no problem expressing his desires to Sabrina, but it’s harder for the librarian to accept that someone desires her so deeply. While the shy and caring librarian is timid about the attraction, Wyatt is slowly bringing Sabrina out of her shell. Where will the attraction lead when so many little souls hang in the balance of this blooming romance?

Prepare yourself for another trip to Green Valley!! Crime and Periodicals is the latest release in the Green Valley Library series by author Nora Everly. This return to the Pennyverse will treat readers to a closer glimpse into the lives of some very interesting residents in this Winston inspired town.

Sabrina works at the local library, and has always managed to fade into the background. Once Wyatt notice the beauty – the sparks began to fly. EVERYTHING about these two characters pulled me into their journey. One thing I will admit – the KIDS in this story seemed to steal the show. Wyatt’s daughters and Sabrina’s nephew were written with such amazing curiosity. Wyatt and Sabrina’s road to romance was one that shouldn’t be missed!! A great addition to the Pennyverse that was woven with the previous books in the series!! 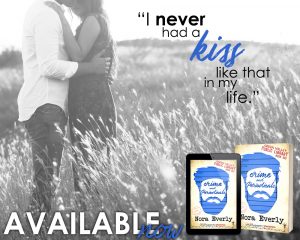 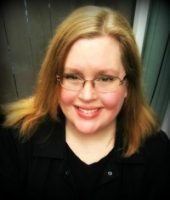 Nora Everly is a lifelong bookworm. She started reading the good stuff once she grew tall enough to sneak the romance novels off the top of her mother’s bookshelf and it has been non-stop ever since.
Once upon a time she was a substitute teacher and an educational assistant. Now she’s a writer and stay at home mom to two small humans and one fat cat.
Nora lives in the Pacific Northwest with her family and her overactive imagination.