by April White
Also in this series: , 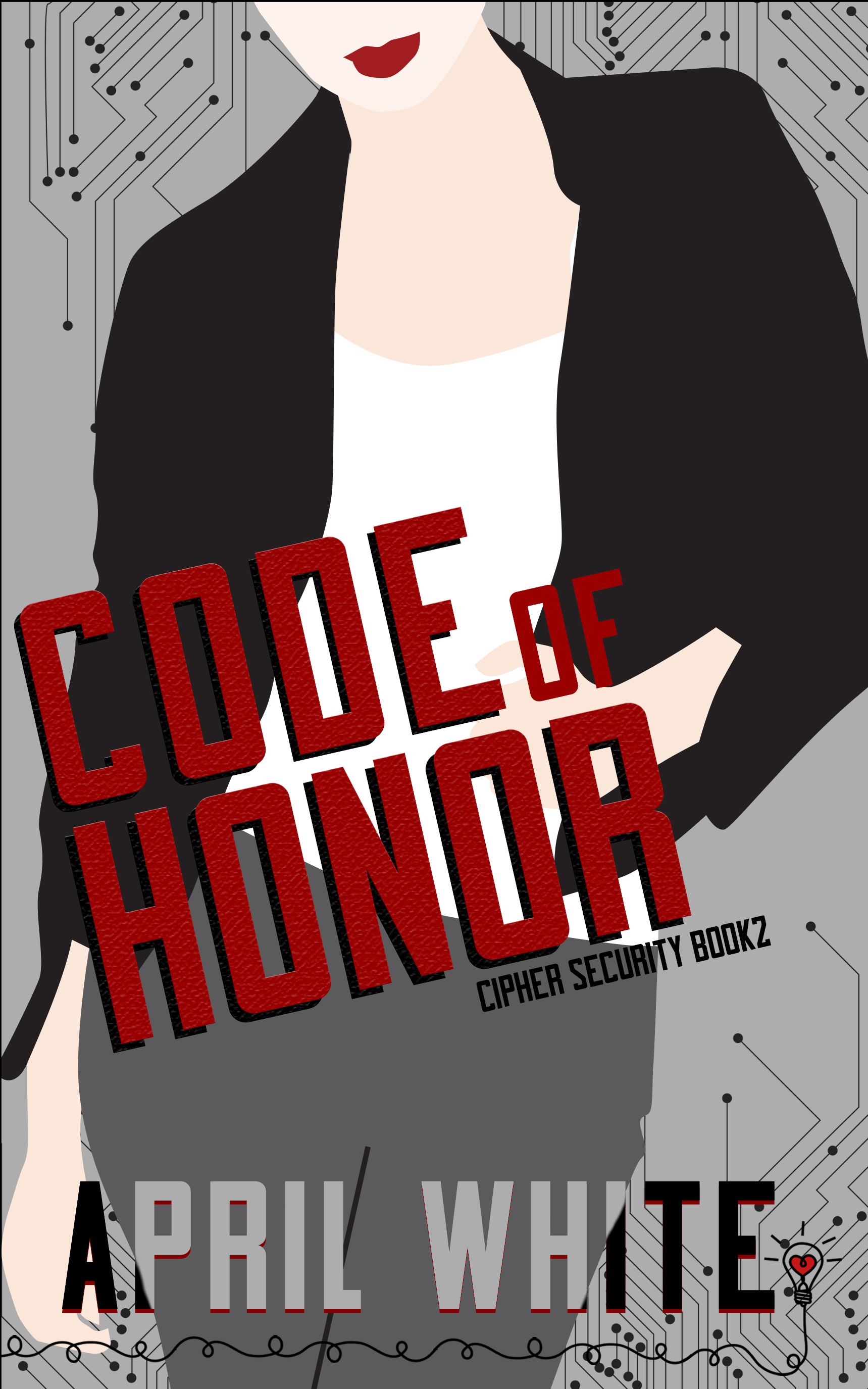 A painting, a panic room, a thief, and her lover … whose job is to catch her.

There are three things you need to know about Anna.

Darius designs security systems for Cipher Security, and the strange and remarkable woman he met the night the painting was stolen is as intriguing a mystery as his hunt for the thief is.

But the lady has no filter, and she knows she can’t lie to the man who looks like a Disney Prince and kisses like fairytales are true, so she runs from the one person who may actually see her as the heroine of her own story.

‘Code of Honor’ is a full-length contemporary romantic suspense.

This is the 2nd book in the Cipher Security series.

Which is part of the Knitting in the City World in the Penny Reid Book Universe.

Imagine a family heirloom falling into the hands of someone else. What would the cost be to return that item to your possession? Anna knows a little bit about setting a plan in motion that can rival even the craftiest thief. With a task that is so intricate it leaves little room for error; Anna sets out to retrieve an item that seems to be causing a huge stir in ownership. Who knew a heist that was so intricate in detail would end up leading Anna down a path that would alter her future?

Darius is assigned the task of installing a security system that has some unusual requests. When that system fails and the homeowner wants to blame someone, Darius sets out to uncover why his system failed. Nothing was more surprising to Darius that meeting the quirky girl who captured his full attention with Disney facts. What Darius didn’t realize in that moment was just how important crossing paths with Anna would really become. After all, a Disney prince always needs a Princess to complete the fairy tale.

Code of Honor was the latest book to be released by Smartypants Romance. It is a tale of humorous and often times intricately planned out nuances that can only exist in the mind of a thief. I found the information from the history of an actual heist at a museum very interesting. Darius was the perfect match for such a quirky gal like Anna!! Cipher Security will never be the same after crossing paths with Anna!! 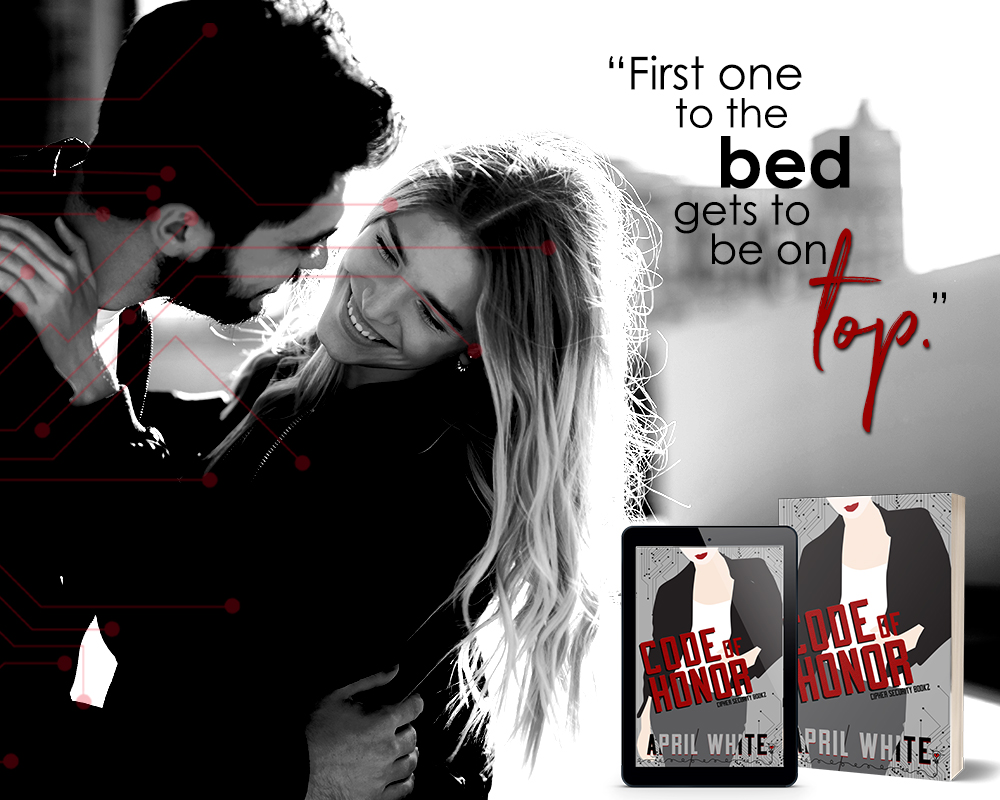 She was waiting for me to run away.

The woman in front of me, with whom conversation was akin to playing barefoot hopscotch on hot asphalt, who walked like shoes confused her, and who smelled of a spring breeze through a field of wildflowers, expected me to turn tail and bolt.

I rarely did the expected, however, and often made choices that flew directly in the face of convention. And as nothing about this woman or this conversation was conventional, I stayed.

This startled her, and she suddenly dropped to the floor in what seemed at first to be a defensive maneuver, but was actually a crouch in order to pet the cat. Her posture put her face at approximately groin height, and for the space of exactly one half-second, I considered remaining in place to see if she would notice. But chivalry got the better of me, and I knelt down beside her.

Her face flamed bright red, and for a moment I thought she was ill.

“I was just staring at your penis, wasn’t I?” she said in a tone of complete chagrin.

Rarely did I meet someone even more straightforward than myself, and I attempted a benign expression. “Were you?”

The delightful woman sighed. “I was. I’m sorry.” But then a mischievous glint came into her eyes, and she said in a perfectly benign tone, “So, what do you think about my pussy?”

I choked on a startled bark of laughter, and she allowed herself a small grin as she deliberately ran her hands through the fur of the very contented cat.

“On that note, I believe it’s time for me to find something red to drink to match the color of my face,” she said, as she rose to her feet. She wasn’t graceful about it, but she was strong and didn’t wobble until she tried to take a step. She’d managed to stand on the hem of the pink silk gown she wore and winced at the sound of her heel tearing the fabric.

“Well, now I’ve officially hit my humiliation quota for the night. Enjoy the party, Mr. Masoud,” she said brightly, as she hurried away across the room. I let her go without further comment, though my eyes tracked her as she plucked a glass of red wine from a passing tray and finished half of it in one large gulp. 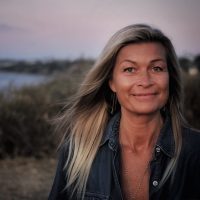 April White has been a film producer, private investigator, bouncer, teacher and screenwriter. She has climbed in the Himalayas, survived a shipwreck, and lived on a gold mine in the Yukon. She and her husband share their home in Southern California with two extraordinary boys and a lifetime collection of books.
Her first novel, Marking Time is the 2016 winner of the Library Journal Indie E-Book Award for YA Literature, and all five books in the Immortal Descendants series are on the Amazon Top 100 lists in Time Travel Romance and Historical Fantasy.