by Kennedy Ryan
Also in this series: , , 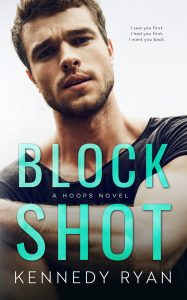 The heart everyone assumes is frozen over.

Every glare from those fire-spitting eyes, every time she grits her teeth,

gets me…well, you know.

If I had a dollar for every time she’s put me in my place, I’d be an even richer man.

I’m a successful sports agent because I assume “no” means you’ll think about it.

I’m sure what you meant to say is “Coming right up.”

They say even rich men don’t always get what they want,

but those men don’t know how to play the game. The trick is to keep them guessing.

Take Banner. She assumes she’s winning, but this game?

She doesn’t even know how to play.

If I had a dollar for every time Jared Foster broke my heart, I’d have exactly one dollar.

One night. One epic fail. One dollar…and I’m out.

I’ve found success in a field ruled by men.

Anything they can do, I have done better.

They can keep the field while I call the shots, blocking them when I have to.

And Jared has the nerve to think he gets a second chance?

I’ll just be over here ignoring the man carved from my fantasies with a lust-tipped chisel.

But I’ve got that one dollar, and Jared won’t have me.

Download your copy today or read FREE in Kindle Unlimited! 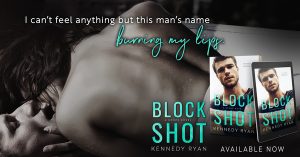 College romances are a rite of passage for most individuals. A chance to explore a relationship with an individual that sparks a flame within your soul. For Jared and Banner – the college experience was one that led them to feel the burn of attraction. Banner was the smartest girl that Jared had ever encountered. Everything about Banner was ‘perfect’ in Jared’s eyes.

In spite of the attraction that Jared felt for Banner, acting on those feelings was like hitting a road block. As the most handsome guy in their program of study, Jared still had reservations about letting Banner know just how much she meant to him. Until a change in their circumstances would lead Jared to finally make the move of a lifetime. The only problem? Everything about that night blew up in Jared’s face. Leaving resentment and uncertainty for Banner to process over for years.

Years later, the two find themselves working for competing companies. Both residing in the same town. As fate would have it, Jared and Banner constantly run into each other in and outside of the business world. Even though time has been kind to them both, Banner finds herself fleeing from any encounter that involves being in the same room as Jared. What quickly comes to the surface is the attraction for these two is still there. Do they act on it? Will it be the downfall to their business relationship? Only time will tell where their paths will lead, but one thing is certain, Jared has no intentions of letting Banner slip through his fingers again.

Get ready for an emotional and realistic story from Kennedy Ryan. Block Shot is the latest release from the author, and it is packed with emotion! Jared and Banner have a long history together, and one night changed the way they both looked at relationships. It is a realistic look into finding love through the obstacles and curveballs in life. The plot to this book is well thought out, and Ryan has no reservations about tackling the subjects that don’t always take front and center in the ‘romance world’. A very poignant and realistic romance that should be at the top of your ‘must read’ list! 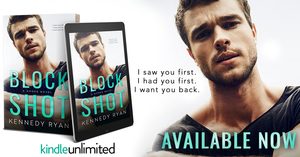 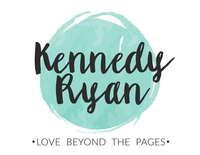 I write contemporary romance and women’s fiction. I always give my characters their happily ever after, but I love to make them work for it! It’s a long road to love, so sit back and enjoy the ride.

In an alternative universe and under my government name Tina Dula, I am wife to the love of my life, mom to a special, beautiful son, and a friend to those living with autism through my foundation Myles-A-Part.

25% of my royalties from my first book WHEN YOU ARE MINE go toward assistance for families living with Autism.