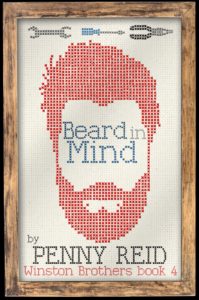 Beau Winston is the nicest, most accommodating guy in the world. Usually.
Handsome as the devil and twice as charismatic, Beau lives a charmed life as everyone’s favorite Winston Brother. But since his twin decided to leave town, and his other brother hired a stunning human-porcupine hybrid as a replacement mechanic for their auto shop, Beau Winston’s charmed life has gone to hell in a handbasket.

Shelly Sullivan is not nice and is never accommodating. Ever.
She mumbles to herself, but won’t respond when asked a question. She glares at everyone, especially babies. She won’t shake hands with or touch another person, but has no problems cuddling with a dog. And her damn parrot speaks only in curse words.

The only problem is, learning why this porcupine wears her coat of spikes opens a Pandora’s box of complexity—exquisite, tempting, heartbreaking complexity—and Beau Winston soon discovers being nice and accommodating might mean missing out on what matters most. 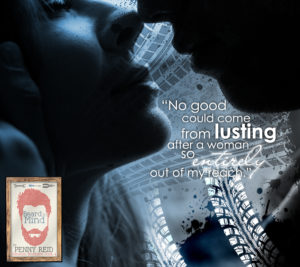 She’d taken the sofa, in her own house, and given me the bed. That didn’t make a lick of sense.

I crouched next to her, threading my fingers into the silky hair at her temples. “Honey.”

I bent to whisper, “Shelly.”

“I’m going to carry you to your bed. I’ll take the sofa.”

I grinned at her soft noises, at the untroubled expression on her face, and how her brow—even in sleep—still looked regal and stern.

Sliding my arms under her legs and shoulder, I picked her up. And, unfortunately, that woke her up.

She jerked in my arms. “What are you doing?”

“I don’t mind, I’ll take the sofa.” Our mouths were just inches apart, and hers was distracting.

She squirmed. “Put me down.”

Sighing unhappily, I did. I set her on her feet next to the couch. The blanket pooled at her feet and I stepped back to give her some space. It was dark, but I could see her just fine, and that meant I had to force my eyes to remain above her neck. The woman was wearing two pathetic scraps of fabric as pajamas. A thin little tank top and shorts. That’s it.

I set my jaw and turned to the side, waiting for her to walk past.

I glanced at her and realized she couldn’t see at all. She didn’t have a hand out, but the way her eyes were moving about the room gave away her blindness.

Shelly turned her head in my direction and took a deep breath. Still she didn’t reach for me. I didn’t know the specifics of what to expect after her Friday session, but I recalled Dr. West saying something about Shelly doing self-guided ERP exercises over this week.

“Can you see?” She licked her lips, her voice sandpapery. “Because I can’t see at all. It’s so dark.”

“I can see.” Unbidden, my eyes dropped to her body, to the swell of her breasts, the panel of bare stomach, the curve of her hips. Pinpricks of heat raised over my skin and I curled my hands into fists.

She shuffled forward and I caught her before she bumped into me, setting my hands gently at her waist.

“Let me take you to your room.” My voice was rough, for obvious reasons.

Saying nothing, she brought her hand to my forearm, her body gently colliding with mine. And then her hand on my arm slid up my bicep to my shoulder.

“Shelly.” I was running out of breath.

I held still and endured her hands moving over my body, down the front of my shirt, stopping at the hem, then pushing it up.

I did. I pulled the T-shirt over my head and let it drop to the floor.

We stood there, facing each other in the dark, not touching. Despite the session on Friday and the progress that had been made, I realized she wasn’t quite there yet. Dr. West was right, Friday was just a step, the first step. Shelly wasn’t able to initiate contact. Not yet.

Her hands balled into fists and she swayed forward, her breath struggling little puffs.

If anything was going to happen tonight, I had to initiate it. I had to be the one to touch first.

“I know why I hesitate,” her voice was breathless, “but why do you hesitate?”

That pulled a laugh from me, just a small relief from the mounting tension. My eyes moved over her body, an undeniable impulse to devour the sight of her, her legs, stomach, chest, then up her neck to her lips.

“You asked me on Saturday if sex was a big deal for me, or if it was you. The answer is both.”

She held very still, and I got the sense she was holding her breath, straining to listen.

“What can I promise you?”

That you’ll love me. That I’ll be your priority.

She shifted her weight from foot to foot. A spike of anxiety that she might leave me like this had me acting without forethought. I lifted my hands to her waist again and immediately, her fingertips skimmed over skin of my lower stomach in response, making my muscles tense in hot anticipation. She grew more assertive as she caressed my sides, abdomen, ribs, chest, shoulders, and then back down.

Shelly stepped closer, a hint of thrilling contact between her breasts and my torso, and all the words and worries melted from my mind, died on my tongue, suffocated by the feel of her body, and the possibility of this moment.

Her finger hooked in the waistband of my jeans. “Take these off.” Her hand turned, her fingers and palm cupping me over my zipper.

Instinctively, I pressed myself into her touch even as I grabbed her wrist.

She didn’t get to speak, because I kissed her, hard and wild, unbuttoning and unzipping my fly with one hand and bringing her palm inside my boxers with the other. 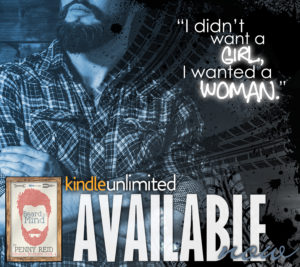 When you are known as the ‘nice twin’…things in life just seem to fall in place. As the friendliest of the Winston Brothers, Beau has always been the gentleman in all aspects of life. That is until he meets Shelly Sullivan. Cletus has hired Shelly to help out at the shop that the brothers all own. Shelly’s constant verbal ‘vomit’ takes Beau by storm, and he just doesn’t know how to respond. The reactions to Shelly’s ‘out there’ take on life cause a reaction from Beau that very few have ever seen.

Shelly is trying to get a hold on her life. With compulsions having a very big part of her life, Shelly finds that doing some of the simplest tasks in her daily routine become very complicated. The work at the Winston Brothers shop seems to ease Shelly’s tormented soul. However with Beau Winston in such close proximity, Shelly quickly discovers she has a reason to overcome her fears and compulsions.

Can I say how much I love each and every book in the Winston Brothers series?? Beau’s story was an unexpected and interesting twist to the series. First – I must say Penny Reid is a genius!! Shelly’s mental health was written in a very realistic and relatable way. The troubles that plagued Shelly face so many people today. Having this heartfelt characters play such a huge role in Beau’s story was both a treat and truly engaging.

Now Beau……who knew that one honest gentleman could be shaken to the core? Beau has always been the stable and strong arm of the family. Watching Beau from the aspect of learning how to lean on another individual for strength was so touching. Beau never tried to ‘change’ Shelly….only learn to love her in spite of her differences. Isn’t that what love is all about??

All I can tell you is you are totally missing out if you haven’t stepped inside the lives of all the Winston siblings!! Grab Beau’s story and get ready for a book unlike any Penny has penned before!! Feel the love and fill your heart with this Winston story!! 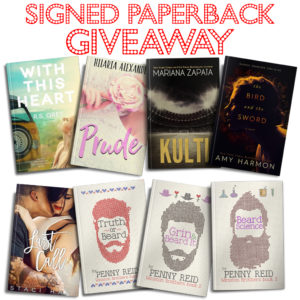