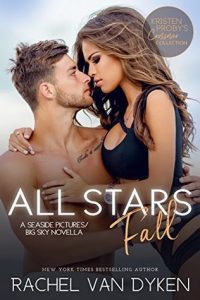 “Even rockstars fall, some may say even harder.”

Two words I can’t really get out of my head.

Three more words that make it that much worse.

Three being another word I can’t seem to wrap my mind around.

Three kids under the age of six, and she left because she missed it. Because her dream had never been to have a family, no her dream had been to marry a rockstar and live the high life.

Moving my recording studio to Seaside Oregon seems like the best idea in the world right now especially since Seaside Oregon has turned into the place for celebrities to stay and raise families in between touring and producing. It would be lucrative to make the move, but I’m doing it for my kids because they need normal, they deserve normal. And me? Well, I just need a break and help, that too. I need a sitter and fast. Someone who won’t flip me off when I ask them to sign an Iron Clad NDA, someone who won’t sell our pictures to the press, and most of all? Someone who looks absolutely nothing like my ex-wife.

That was my first instinct when I saw the notorious Trevor Wood, drummer for the rock band Adrenaline, in the local coffee shop. He ordered a tall black coffee which made me smirk, and five minutes later I somehow agreed to interview for a nanny position. I couldn’t help it; the smaller one had gum stuck in her hair while the eldest was standing on his feet and asking where babies came from. He looked so pathetic, so damn sexy and pathetic that rather than be star-struck, I took pity. I knew though; I knew the minute I signed that NDA, the minute our fingers brushed and my body became insanely aware of how close he was—I was in dangerous territory, I just didn’t know how dangerous until it was too late. Until I fell for the star and realized that no matter how high they are in the sky—they’re still human and fall just as hard. 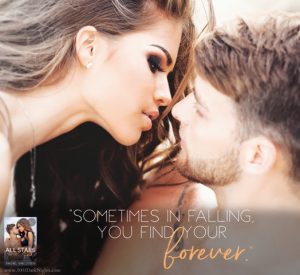 The siren’s call of a new adventure pulled Penelope towards Seaside. The chance for a new beginning was just the thing that Penelope was looking for. With a new job already under her belt, Penelope never expected to cross paths during a day on the job with a famous rock star. After Trevor’s kids came busting into the coffee shop like a storm, Penelope never expected where her path would head next.

As the drummer for the wildly popular band – Adrenaline – Trevor knows a thing or two about someone trying to take advantage of his celebrity status. Nothing could have prepared the rock star for the reality that was headed his way. After raising his children on his own, Trevor is desperate for some type of stability. Little did he know that the nanny of his dreams would be working in the coffee shop!

Nothing about Trevor’s family was ‘ordinary’. Not the circumstances that led to the ban residing in Seaside, or the way rock stars swooped in and out of his house. The one thing that was constant revolved around the dad who was determined to make his kids lives amazing in spite of residing in a single family household. The nanny was a force to be reckoned with. From resolving dinner drama to getting gum out of hair, Penelope was everything that Trevor could ask for. The only problem that plagued Trevor was the insane need to wrap Penelope up and never let her go.

All Stars Fall is the latest addition to the Seaside Pictures collection by Rachel Van Dyken. The novella is packed full of delicious moments from our favorite rock stars that is sure to please any fan of the series. Trevor is the man with a plan, but often finds life in chaos thanks to the three sets of footprints that are never far behind the rock star. All of the children are tormented by the abandonment of their mother, and quickly pull Penelope into their already chaotic life. Trevor and Penelope definitely heat things up behind the scenes, and realize that their attraction is more than a simple fling.

Visiting Seaside is always entertaining, but this recent journey was packed full of antics that kept me glued to my reader!! Trevor and Penelope will captivate you with their untraditional journey towards finding a life beyond the predictable. A GREAT addition to a series that I simply adore!! 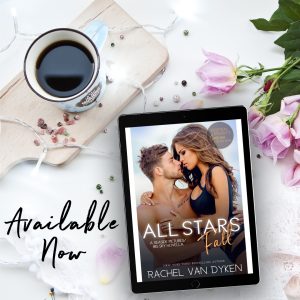 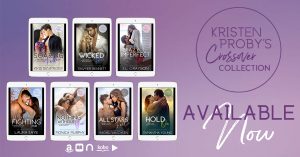