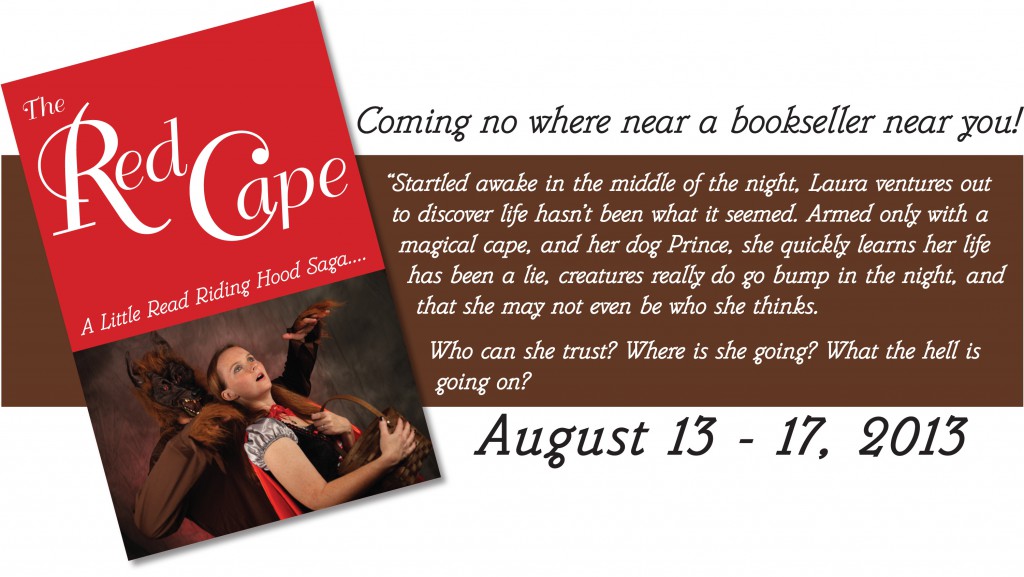 The name alone buries a dagger of fear into Laura’s heart. A name she wouldn’t have known without the cape. As the creature slathers and snarls, Prince steps in front of Laura and growls, the growing white patch on his chest now covering almost the entire upper half of his body. Laura looks closer. Not only is the patch bigger, but so is Prince.

His head, once leveling off at her hip, is now even with her shoulders. His body is bulkier and the shape is changing into something…human? She tries to back away, but the cape won’t let her, twisting around her and holding her still. She begins to wonder if the thing is there to help or hurt her and a new wave of panic wells up inside. Clawing at the fabric that’s crept up around her face, she frees herself enough to see that Prince’s transformation is complete.

Before her stands a fierce warrior in a gleaming silver chest plate and leather armor. “Prince?” The word falls from her lips as a whisper, but he hears it and turns.

“My lady.” He bows deeply, freeing the sword sheathed at his hip just as the chupacabra charges.

Laura opens her mouth to scream, but the cape muffles her voice, proving it’s a tool of some evil. Prince sweeps around, his sword swinging wide and catches the chupacabra mid-strike.

The beast howls in anger as Prince draws first blood and retreats. Prince spins, sword aimed at Laura and a feral glint in his eye. He lifts his weapon. Laura cringes as the blade drops toward her, but the cape holds her fast unable to escape.

Then the cape floats away from her, rent in two by Prince’s sword. With the howls of the chupacabra echoing in their ears, Prince grabs her hand. “Come, my lady. Time to run.”

“Where?” But that’s the least of Laura’s questions. How is he human? How long has he been like this? And where did he learn to fight?

Prince pulls her along. “I’ll tell you just as soon as we get to… 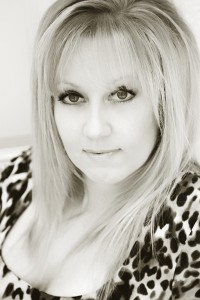 I’m a former college English teacher, but I’ve held a crazy mix of other jobs including maitre’d for Wolfgang Puck, personal trainer, and sales for Christian Dior Bijoux. On the writing side of things, I’m a two-time Golden Heart finalist and have been on the board of three different RWA chapters. What can I say? I like getting involved. I’m not adverse to bossing people around either.

One Response to “Birthday Bash Part 3 by Kristen Painter”