Welcome to my VERY FIRST blog tour! It has been a labor of love, but the ladies that make up Jessie Lane have made it look easy, by making sure I have EVERYTHING I need. <3 those ladies.

Make sure you read all the way to the end, because they have put together a FABULOUS giveaway, and I don’t want you to miss it! 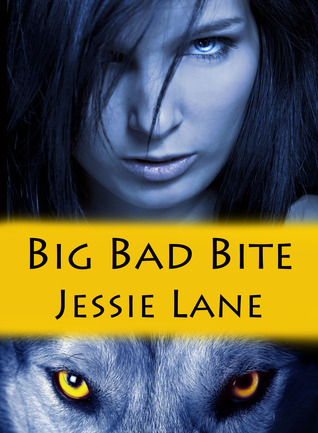 What would it be like to live in a world where you are considered abnormal to those who are above the norm?

Jenna O’ Conner has been taught her whole life to hide from everyone. Never to let anyone to close enough to know that she would prefer a shotgun for her birthday over of a bouquet of roses. She’s been smothered by her over protective family so that no one learns what she truly is. Which is not human. Nor, is she considered the norm for the supernatural Other community that is benevolent enough to share this world with the humans.

In a desperate attempt to live her own life away from the small town she was raised in, Jenna obtains her dream job as the newest member on the Wilmington Police Department’s SWAT Team. What she didn’t predict was that she would run into trouble her first day on the job, in the form of a deadly, mouthwatering man named Adam McPhee. Who is also not human, but more like a wolf walking around in human skin. He’s determined to figure out exactly what Jenna is, which unbeknownst to him, could very well put her life in danger. He’s also determined to have her all to himself.

As if that wasn’t enough for Jenna to deal with, bad news blows into town. A group of extremist Shifters who think humans are cattle and factions of Others worldwide should stay within their own species – never to intermingle. Chaos ensues. Jenna has to find a way to shut them down, but in the process of trying to do that, discovers things about herself that even she never thought was possible.

Who said the wolf was what you had to worry about?

Welcome to the real world.

Jenna is HILARIOUS. She says all the things I want to say. I don’t think I’ve ever added a quote this early in a review, but come on. I couldn’t help it. I bet you will forgive me. 🙂

It made her want to chop off his cracker jacks, hang them around his neck like a sadistic messy necklace and say back, ‘Big boy, you’re the prey’.

“Touch me with so much as one of those claws you freaky albino Garfield and I will make sure I knock you out, file those suckers down to a flat non-lethal edge, paint them red, and write ‘Mr. Fluffy needs love too’ all over your face in permanent marker.”

Hehe. Love it. She starts off pretty snarky, and continues the whole way through. See, she has been hidden from the Others her whole life, because, well, she is different. A difference that, if discovered, could mean her life. So, IMO, she develops the snark as a defense and a wall to her own feelings of loneliness and somewhat abandonment.

Until she meets Adam. It may be a double standard since I have red hair, but I am not a fan of men with the ginger gene. But I could be persuaded to change my mind for him. O_O He is … yummy. And barely able to hang onto his humanity. Which means he is hurting. Sexy, sweet, and hurting … it’s like my kryptonite.

Action packed, romance, and hilarious main characters – Big Bad Bite has it all. And while I wouldn’t call it a cliff-hanger ending, there are still some loose ends that I can’t wait to be able to tie up!

Jessie Lane is the writing team of Melissa Pahl and Crystal Leo. The two sister-in-laws share a passionate love of naughty romance, cliff hanging suspense, and out-of-this-world characters that demand your attention, or threaten to slap you around until you do pay attention to them. Because really, it is ALL about the characters. (They’re kind of megalomaniacs – but don’t tell them that we said that.)

Crystal and Melissa often live half their lives with their heads in the clouds dreaming of alpha military hunks, werewolves and kick ass heroines crazy enough to chase after creatures that they unquestionably should know better than to chase.

Their first YA novel, The Burning Star, was released in May 2012. Big Bad Bite is their second novel, but their first adult paranormal romance. They are now working on their next two novels, Walk On The Striped Side and Secret Maneuvers. With these projects underway, they are looking forward to showing the rest of the world their crazy stories, heroes and heroines that often plague their minds until written, and hope you will join them on their journey!

Check back here every day until the 30th for a link to the next few stops on the tour! Between you and me (ha!) this tour is bigger than I thought it would be. So THANK YOU to everyone that signed up, everyone that checks it out, and of course, Jessie Lane for being extremely patient!

And yes, now the thing you have been waiting for, THE GIVEAWAY! Just LOOK at all the awesomeness you could win! Maybe I will keep it all for myself … *shifty eyes* Too bad I actually have a conscious and couldn’t do that. FINE.

Wait … is that CHOCOLATE? Why yes. Yes it is. Along with 2 paperbacks of some of Lane’s favorite shifter books, an ecopy (not pictured) of Big Bad Bite, a snuggly throw, a beautiful bracelet, and a FREAKING AWESOME bag! B/c of the chocolate, this giveaway is US only, BUT another winner, open to our international guests, will be selected for an ecopy of Big Bad Bite! So enter away